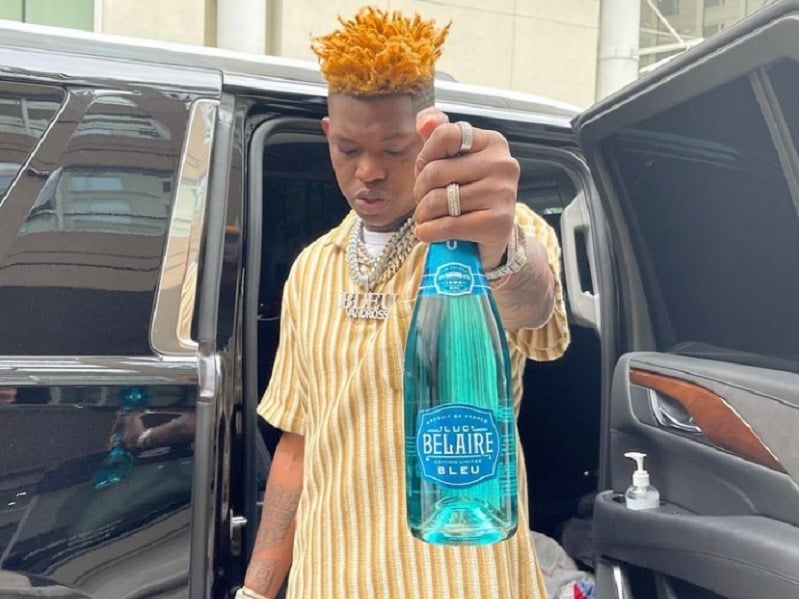 As far as celebrity endorsements go, this one made all the sense in the world. R&B singer/rapper Yung Bleu has joined hip-hop veterans Rick Ross and Gucci M

Straight like that (Yung Bleu) https://www.instagram.com/p/CPYxw3RlJbZ/ Ross + Gucci Bawse Up Ross and Gucci are teaming up in a big way. Yung Renzel has put the spotlight on Guwop after posting a promotional image of the Atlanta rapper with Belaire Bleu. INTRODUCING BELAIRE BLEU. Asking all ambassadors, family & friends to share post on ALL platforms. https://www.instagram.com/p/CO0JHshF2dS/ Rick Ross Links W/ Jay Leno In other news related to Rick, Renzel went to his Instagram page with a must-see shot.Ross acknowledged hooking up with Leno over their love for fancy vintage vehicles. I thank Jay Leno @jaylenosgarage for bringing me and my team @geterk_183rd @iamlexpierrelouis to Burbank,California to film an episode starring my prized possession 57 Renzel built by @57freddy out of Miami.I got to ride thru Cali hills top down,windows up talking classic rides with the Legend today.Cool shit huh..episode coming stay tuned!!! Dade county just took it to another Level Rick Ross Has Big Movie Plans In April 2021, Renzel went to Instagramyet again to let the world in on what hes brewing. Ross hinted at a movie, music and other things gearing up to come together with help from filmmaker Quincy Jones III. Riding thru 305 the MIYAYO with Quincy Jones lll @therealqd3 talking Miami streets,rap sh*t,past and present and a huge film idea I have.This brother is a genius and after us going to purchase an entire film set up today I owe my homie one. I suggest all hustlers to remain hands on. BOSS MOVES ONLY!! @villonfrance toast. Ross former Slip-N-Slide labelmate Trina hyped up the potential collaborationin the comments section. Biggest