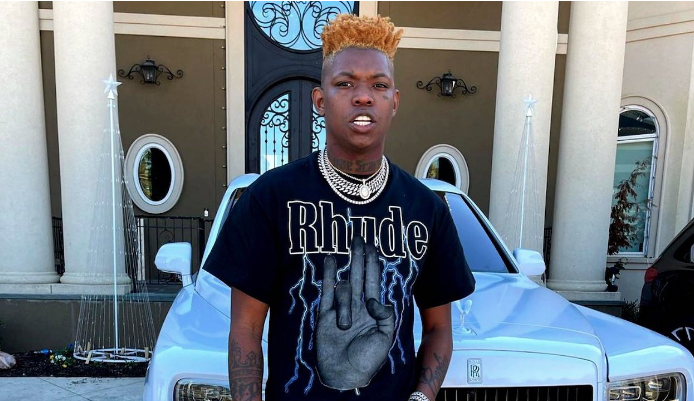 News Exclusives According to a report from The Shade Room, Alabama singer Yung Bleu has been arrested on a felony weapons charge after a shootout with would-be robbers who tried to stick up the crooner and his crew outside of a Los Angeles restaurant. Visit streaming.thesource.com for more information As Bleu and his crew were waiting for their food outside of Bossa Nova Restaurant on Sunset Boulevard in WeHo, they observed someone being robbed in their immediate vicinity. Assuming that they were next on the robbers hit list, Bleu and his brother allegedly exchanged gunfire with the perpetrator to avoid being robbed. Nothing was taken from the Bleu, whose real name is Jeremy Biddle, but one of his team members was grazed in the gun battle. Bleu and his team left the scene of the shooting, but when they returned to retrieve their vehicle, Bleu and his brother were immediately arrested. The alleged robbers were never caught and are still at large. Advertisement Bleu has been charged with discharging a firearm and was detained in the Hollywood Detention Center before being released after paying a $35,000 bond. His court date is scheduled for May 27. TheSource.com will update this story as details in Bleus case develop.