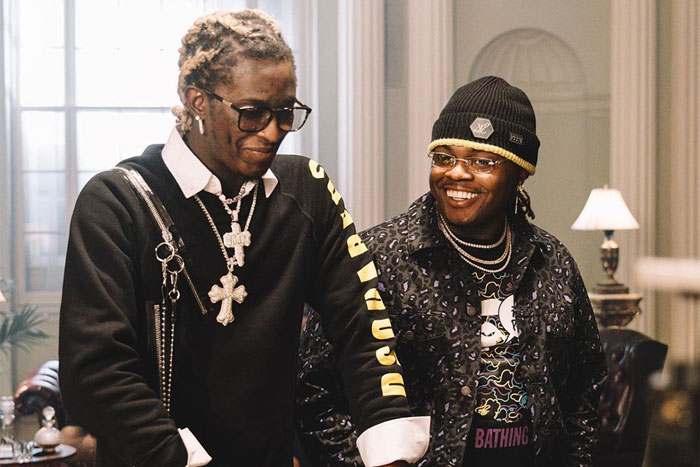 Visit streaming.thesource.com for more information During a recent interview at the 2021 Revolt Summit, Young Thug predicted ATLs reign as the biggest hub for Hip-Hop will last for another decade surpassing New York City as the definitive cultural mecca. I dont see no city taking over Atlanta, he said when asked what the future holds for Atlanta. Because we steady having new artists come from Atlanta, bruh, and we getting bigger and bigger and bigger. The biggest artists that are popping right now are from Atlanta. We gon keep going higher and higher. I dont see no other city gaining the No. 1 spot again. We got it. Atlanta, fosho. Advertisement Young Thug has taken numerous artists under his wing and given back to his community through charity, Thug discussed the importance of setting a positive example for others in the Atlanta rap scene and what inspires his focus on camaraderie and generosity. Because you just want all of the upcoming artists that are paying attention to you or paying attention to anybody thats paying attention to you, you want them to see that, he shared. You want them to know this is the right thing to do and its simple. If it was me on the other shoe, I would want that help. Gunna , One of Young Thugs frequent collaborators and fellow Atlanta representatives, also appeared on the 2021 Hip-Hop Homecoming panel, he also gave his input on his hometowns impact on the landscape of rap and what the city means to him. Atlanta is everything to me, said Gunna, Because I feel like as a whole, Atlanta is one of the cities thats really known for just coming up with everything. Lingo, style to clothes to even music now. Weve got a big impact on music. Like, were winning on music right now in Atlanta. And that one thing alone I feel like that we all kept it together, is just making the world better. Just cause we started a whole new lead of people thats just doing music, selling clothes, and building off merch. Watch the full recap of the 2021 Revolt Summit 2021 Hip-Hop Homecoming panel below: