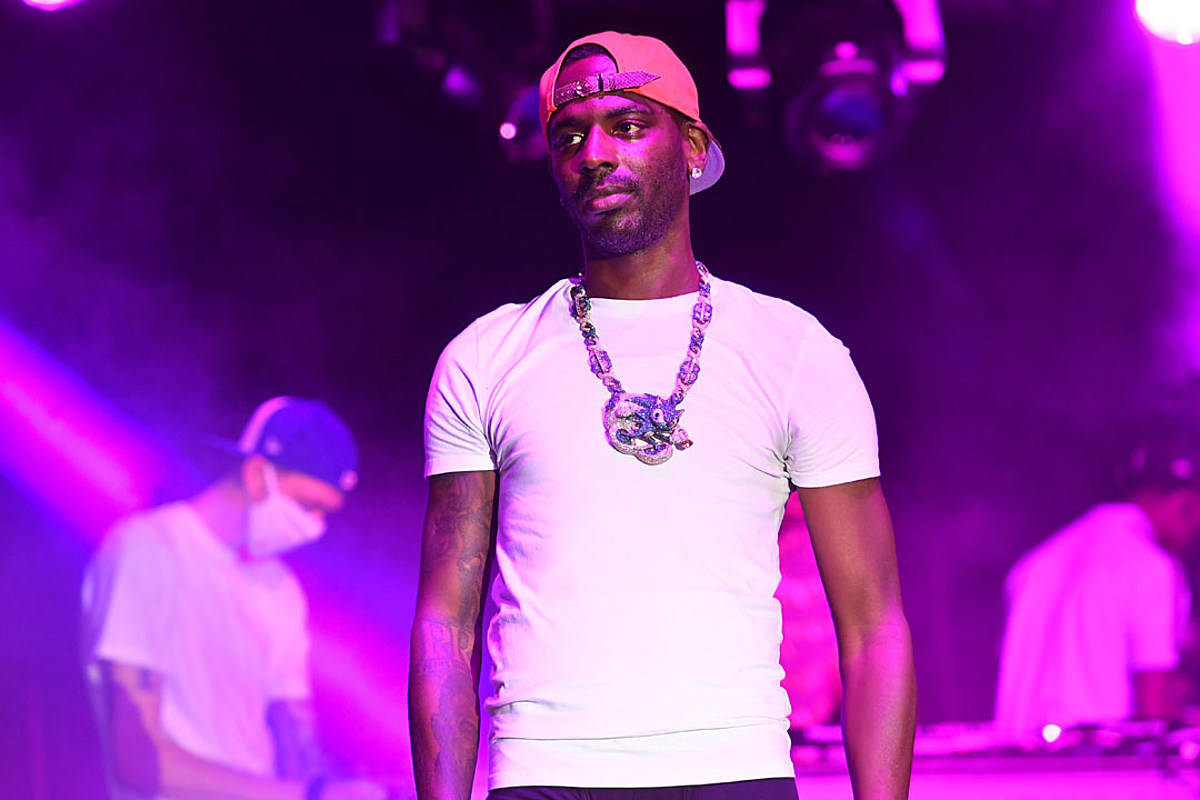 In an exclusive interview with XXL, Young Dolph speaks about bringing his Paper Route Empire to new heights with an upcoming compilation mixtape.

TWEET Major Players More than a decade after starting his indie label, Young Dolph looks to bring Paper Route Empire to new heights. Words and Interviews: Peter A. Berry and Georgette Cline Editors Note: This story originally appeared in the Spring 2021 issue of XXL Magazine, on stands now. Eleven years after it was founded, Young Dolph s Paper Route Empirerecord label is in the process of living up to its name like never before. Created by Dolph, 35, in 2010, then a young Memphis rapper with skyscraper aspirations and a point to prove, the PRE era officially began before he even thought of making a labelwhen he unloaded his debut mixtape, Paper Route Campaign, 13 years ago. Years later, a cousin-by-marriage that Dolph saw at family gatherings would play the Memphis native some music, which culminated in signing the young talent to the label in 2017. That cousin was fellow Memphis rapper Key Glock, 23, and to date, the label has been running off both artists success. In 2019, Dolph and Key Glockteamed up for Dum and Dummer a strong collabo project that debuted at No. 8 on the Billboard 200 chart. Last year, Paper Route Empire reached a new commercial plateau after Dolphs Rich Slave album debuted at No. 4 on the Billboard 200 after moving 65,000 equivalent album units in its first week. During that same time, Glock also reached new commercial heights with both of his 2020 projects: Yellow Tape peaked at No. 15 and Son of a Gun landed at No. 37 on the same chart. In March, they dropped Dum and Dummer 2 . Dolph and Glock have been holding things down, but there are more moves to be made in PRE. Over the last few years, Dolph has signed multiple artists, including Brooklyns Joddy Badass, 24, and Memphis rappers Snupe Bandz, 23; Paper Route Woo, 25; and Big Moochie Grape, 26. With a collection of dynamic, mostly home-grown talent, a charismatic leader and plenty of room to grow, Paper Route Empire is positioned to do even bigger things in 2021 and beyond. Now, its time to look into the future of the empire. Here, Young Dolph discusses his crew and his team weighs in. XXL: So, getting into Paper Route Empire. What inspired you to start the label? Young Dolph: What inspired me was just being a fan of music, watching everybody else, growing up being a real fan of music. I was always real deep into music. From everything, all around the boardfrom East Coast, West Coast, down South, everywhere. I just been a fan of music and I know I always wanted to do it myself and I wanted to do it my way. So, I told myself if I ever start doing music, Ima do it my way. Thats what made me start my own label. Is there a rapper that possibly came before you that had success with an indie label that you looked at and respected? Really some of everybody From Master P to Baby to J Prince. All of them. Paper Route Empire, why that name and what does it represent for you? Man, I really think I was just fascinated with money and I always wanted it growing up. I always wanted money Once I got upwards in age, the older I got, the more fascinated I got with money. So, once I started doing music, that was the first thing that came to my mind, Paper Route Empire. Like, everybody having real paper, like everybody around me having some real paper. So, thats what Ive been on. Is Key Glock the first artist you signed or is he the flagship artist on the label that had the most success? He wasnt the first artist I signed. He was just the next one that had the most success. From a business aspect, how do you handle situations like when youve possibly signed an artist and maybe it didnt work out for whatever reason? Man, one thing about it: business is business. So, at the end of the day, this is the entertainment business. Its not just called entertainment, its the entertainment business. So, if it dont make sense, Im not with it. If it makes sense, Im down. If it dont, I dont want nothing to do with it. It aint personal gain, it aint no personal shit. You got to put your emotions and feelings to the side, cause I do At the end of the day, dont nobody go into business to lose money. Exactly, you have to gain all of the money back that youve spent. Its the sacrifice. Its definitely a gamble, but at the same time, its got to be worth the gamble too. Youre gambling with your time and your money; the artist needs to be gambling with what theyre sacrificing. They got to sacrifice a lot of bullshit that they used to doing to go be in the studio and go stay in the studio and work. If they cant work and if they cant do that, shit, I aint going to do my part. What is the criteria that you are looking for when signing artists? Its really all about that work ethic. I like people that like to work, somebody that I dont have to keep telling to record. I really like people that are really into themselves and into their product. I like people whose confidence is through the roofits really more so about their confidence than their sound and their work to m