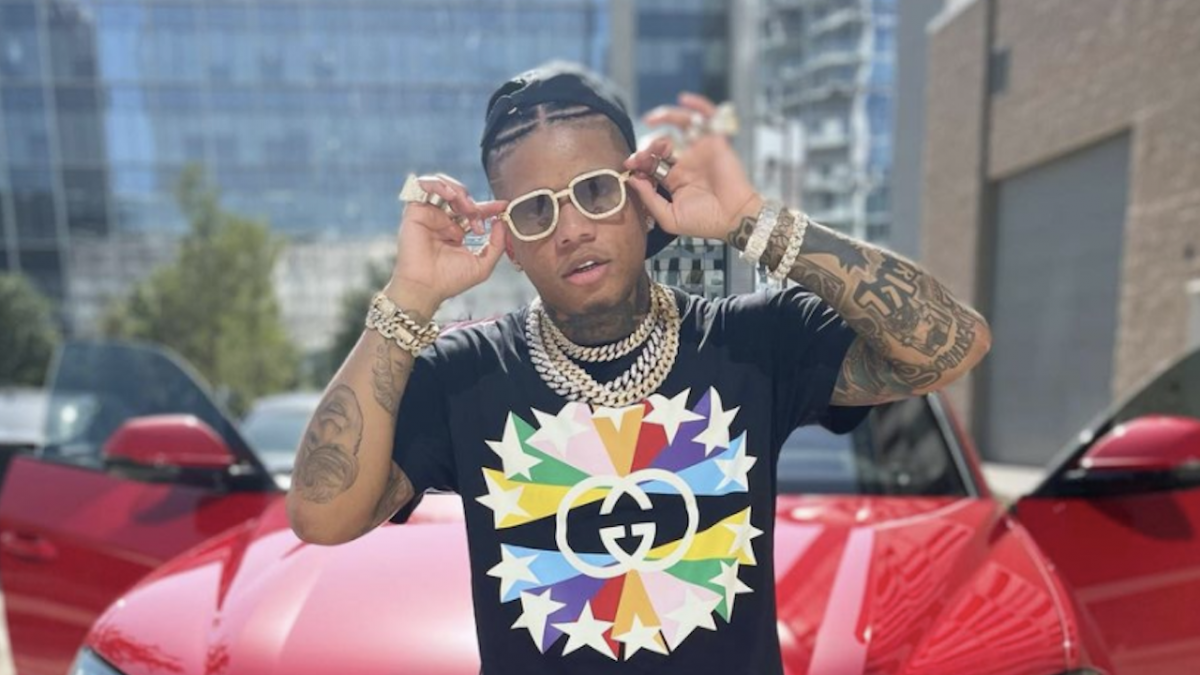 The arrest was the second in as many months for the Hitco artist after he was pulled over for allegedly having an unlicensed firearm in his car.

recent arrest in Texas on drug and gun charges, but he says the entire incident was simply a misunderstanding. On Saturday (August 14), he took to Instagram to tell his side of the story. While he didnt deny the guns inside his truck, he stated the controlled substance inside the vehicle were actually bottles of hand sanitizer stylized to appear as promethazine. Wen they run test on the Hand Sanitizer the charges gone be dropped, he wrote. Lied again and said the dogs alerted on my car everybody know i dont smoke! On straight bs. i told the man smell it or put it on your hand and they wouldnt , couldnt do nothing about the guns Cuzz everything legit but when guns and drugs together thats a case. Even tho its hand sanitizer they still charged me until they find out lol all they had to do was smell it or put some on took money , jewelry and phones for what ???? Crazy ! View this post on Instagram