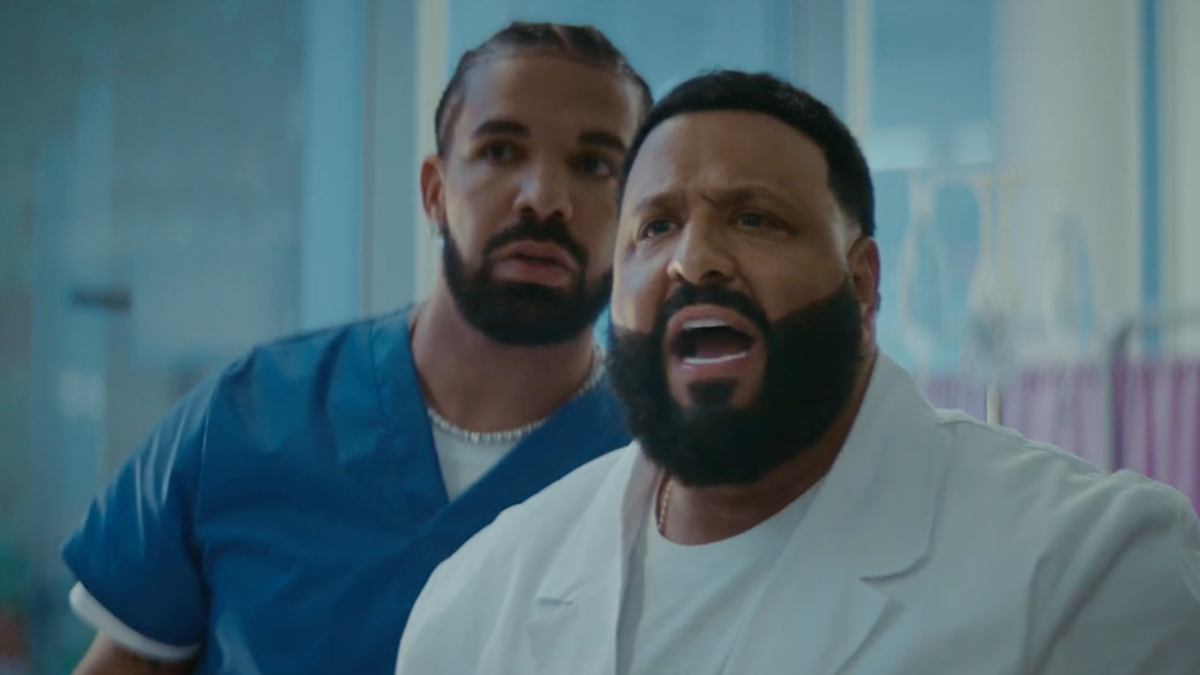 DJ Khaled released a music video for his new Drake and Lil Baby collaboration Staying Alive on Friday (August 5), taken from his upcoming 'God Did' album.

Lil Baby. Directed by RT!, the visual takes place at Khaled Khaled Hospital and finds the three artists working together on the medical wards. Lil Baby saves a life as a surgeon after smoking a blunt, Drizzy brings out the red cups and hookah, while Dr. Khaled delivers his trademark words of inspiration to the rest of the employees. The track interpolates the Bee Gees 1977 hit single Stayin Alive, with Drake singing a line from the classic song in the hook before delivering a verse. How she in love and she been over once? Drake raps. Its not like I known her for months/This life allowed me to take what I want/Its not like I know what I want/Its not like I know what I need/I get some time, but its no guarantees. Lil Baby spits in the second verse: I put my feelings aside, you want me to die? But baby, Im stayin alive/Posed to be one of a kind, you puttin no miles, I thought you was down for the ride. Produced by Nyan, Staying Alive is the first single from DJ Khaleds upcoming album God Did, which is set to drop on August 26. The project will serve as the follow-up to Khaled Khaled, which was released in April 2021 and debuted at No. 1 on the Billboard 200 with roughly 93,000 total album-equivalent first-week units. July 22, 2022 Prior to Staying Alive arriving on Friday (August 5), DJ Khaled called Drake a genius while Timbaland dubbed it the hook of the century. When Drake wrote that hook theres a reason why certain people are called genius. This is when you understand that word, its called genius level, Khaled said, to which Timbaland replied, The hook of the century. Khaled responded: Thank you! The whole world is going to sing it, no matter what. Lets keep it real, I dont give a fuck whats playing. You can be in this mode, you can be in that mode, and then when this come on, everybodys in sync. Its like, Hey everybody, come together! Staying Alive continues Drake and DJ Khaleds collaborative streak on songs such as For Free, Popstar, Im on One, No New Friends and Fed Up. Drake has also collaborated with Lil Baby on a number of occasions, including Wants and Needs, Yes Indeed, Girls Want Girls, Never Recover and the Life Is Good remix. Subscribe to DX Newsletter