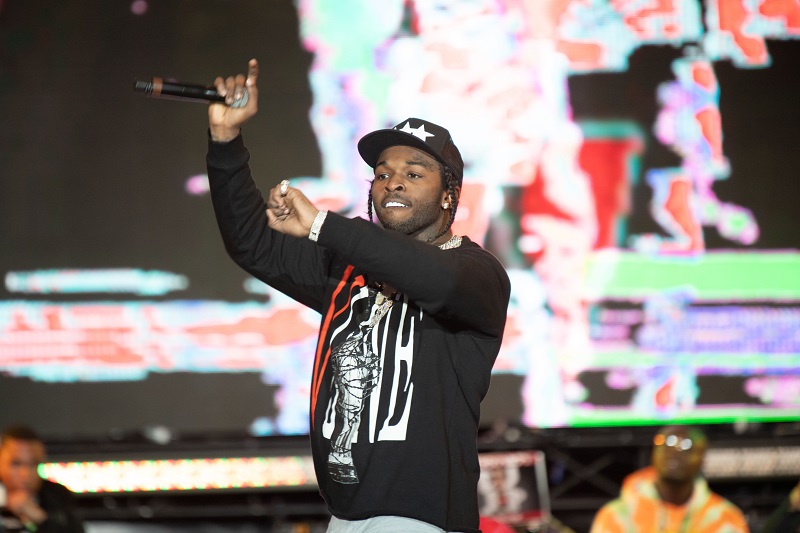 The Source| Travis Scott & Christian Dior Collab Pays Homage To The Late Pop Smoke . If you're a Pop Smoke fan, you know the Brooklyn rapper

Kim SoMajor June 26, 2021 feature featured Hip Hop Lifestyle News | Culture Trends Hip hop news Hip Hop News | Trending Hip Hop Stories Hip Hop Style | Latest Trends in Fashion and Footwear Hip Hop Style News | Fashion Stories Uncategorized If youre a Pop Smoke fan, you know the Brooklyn rapper adored him some Christian Dior. You couldnt mention Pop without Dior. Now, thanks to the friend of the late legend, Travis Scott, and creative director Kim Jones, you cant mention Dior without Pop Smoke. Yesterday, Christian Diorannounced its partnership with the Cactus Jack brand for the Spring-Summer 2022 collection, and this mornings unveiling of the pieces clearly shows its honoring of Pop Smoke. The first item released is a white t-shirt with the late rappers face on the front, off-center to the right with lyrics from his song Dior on the back. Visit streaming.thesource.com for more information Travis took it to Instagramto show the release of the collaboration by posting the pictures and with a caption saying, U CANT SAY POP AND FORGET THE SMOKE. NOW U IN ALL THE STORES 4 EVER. Back in February of 2020, 4 masked gunmen shot and killed Pop Smoke in a home invasion robbery while visiting Hollywood Hills. Four people got arrested in July 2020 for the murder, 3 were minors, but none have gone to trial yet. Long live Pop Smoke.