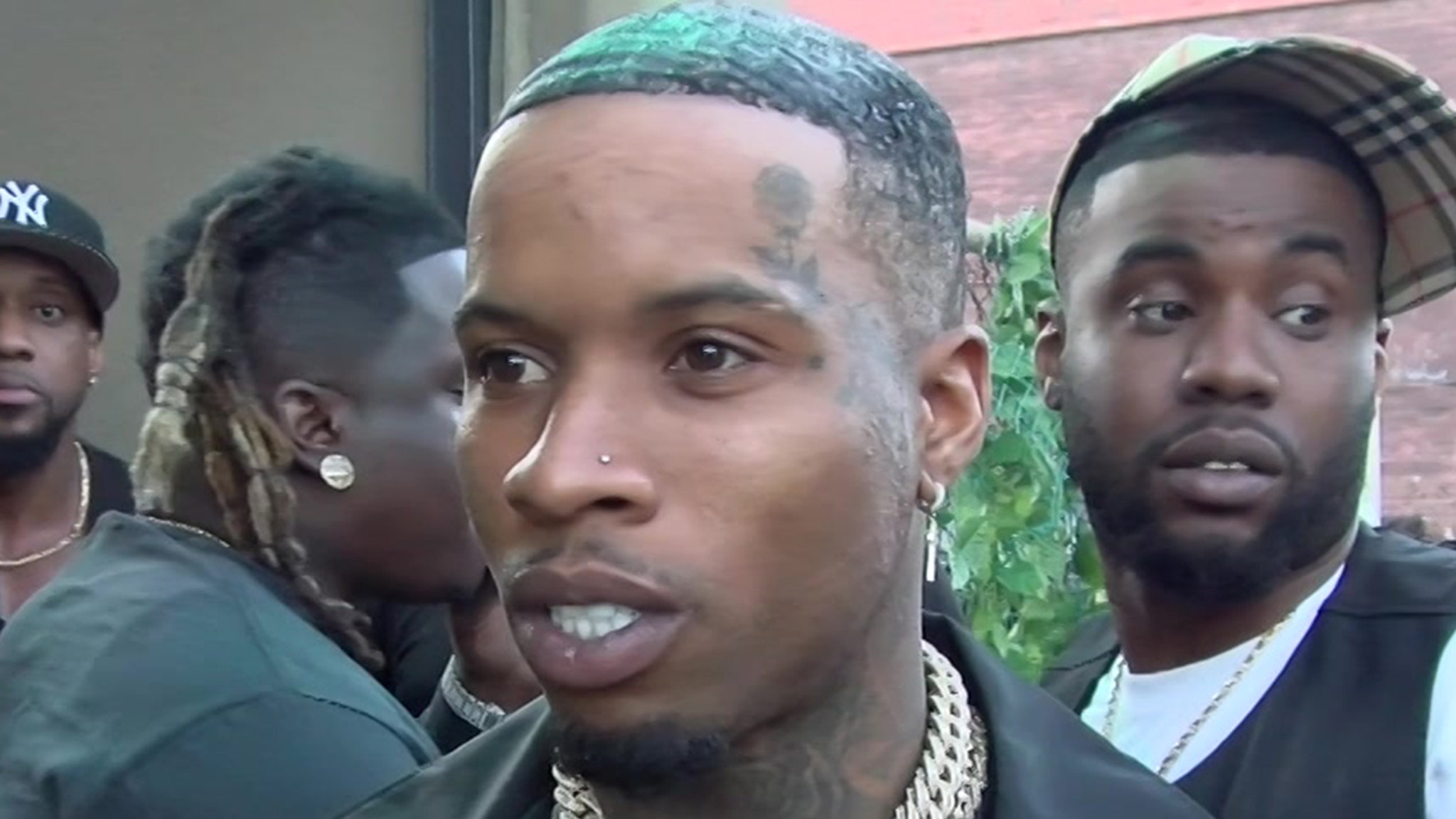 Tory Lanez allegedly ran into a woman's car -- and the driver was pregnant -- and then took off ... that is, if you believe a lawsuit she's now filed against him.

Tory Lanez allegedly ran into a woman's car -- and the driver was pregnant -- and then took off ... that is, if you believe a lawsuit she's now filed against him. The rapper is being sued by a couple named Krisha and Jesse Grullon, who claim he sideswiped them with his luxury vehicle in Miami during New Year's Day 2021 ... only to then allegedly flee the scene without even checking on them. According to the docs, obtained by TMZ, the Grullons allege they exited a highway and stopped at a red light at the end of the off-ramp. Moments later, they claim, Tory came out of nowhere and struck their car from the rear left side with a green Bentley SUV. Gallery Gallery Getty The Grullons insist Tory never exited his ride, but instead ... claim he took off without a second thought. The worst part, they say Krisha was 4 months pregnant at the time. The couple is gunning to have him sit for a deposition, which they're requesting be conducted early in 2023. They're also denying Tory responded to their claims in 45 days' time ... either admitting or denying each specific part of their claim. Megan Thee Stallion Says She Was Shot in the Foot, New Vid Shows Bloody Prints As you know ... Tory's already embroiled in a legal case here in California over allegations he used a firearm to cause bodily injury to Megan Thee Stallion -- something that's going to trial next month. He was also recently accused of beating up August Alsina in Chicago ... but it doesn't appear the cops are involved in that one just yet. We've reached out to Tory's camp ... so far, no word back. Share