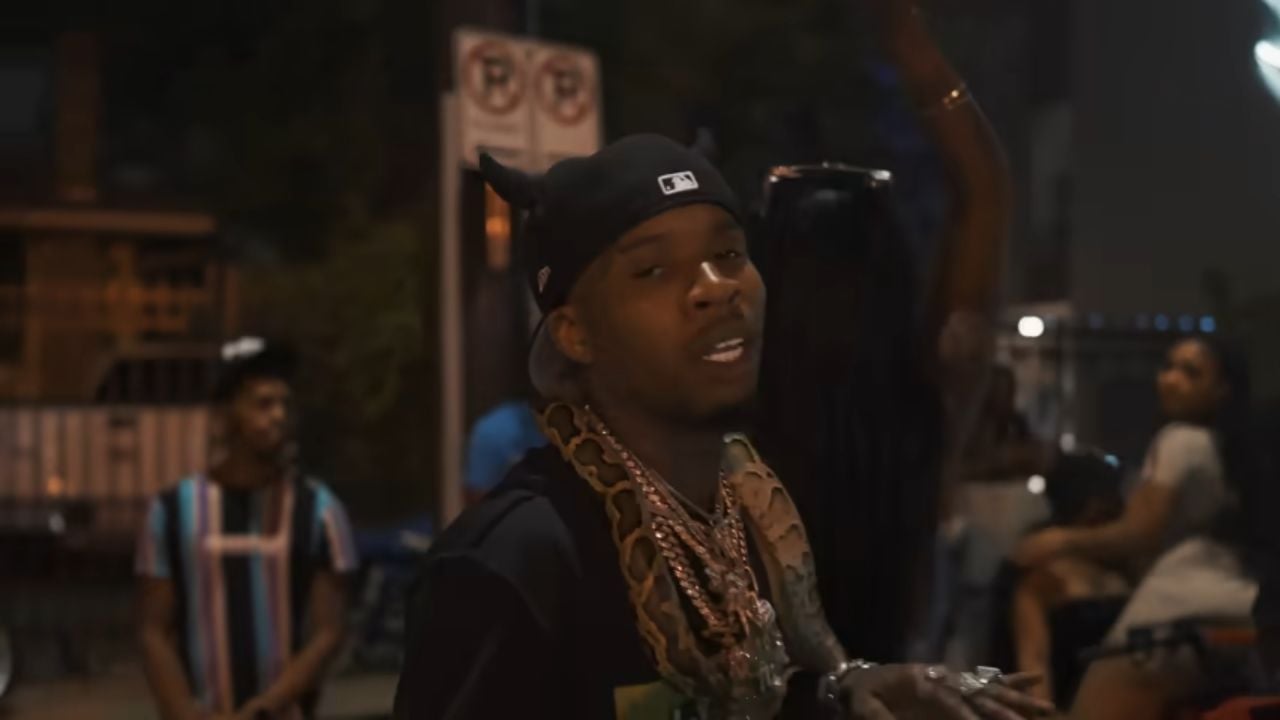 Tory Lanez recently dropped a new summer banger, but many fans speculate a possible sneak diss towards Megan Thee Stallion. Could this be a simple track from To

Share Canadian rapper Tory Lanez made his way to the bottom of the map to record his new summer banger City Boy Summer. Showing off his flow and versatility, Lanez is seen partying in the streets of Houston, Texas, riding dirt bikes, flexing jewelry, and getting close to a few H-town baddies. Though many fans love the new hit single, many believe the Say It artist made this track to disrespect Houston native, Megan Thee Stallion, taking petty to a new level. However, Lanez does not mention Megan in the song, which would violate a court order. Shooting the video in Megs hometown is nowhere near the icing on the cake. Its when Tory decided to rhyme over the beat to an H-Town classic Mo City Don Freestyle by Houston legend Z-Ro, which sampled the beat from another classic track from Eric B. and Rakims Paid in Full (Coldcut Remix). The disrespect doesnt stop there; J Prince Jr, son of Rap-A-Lot Records CEO J Prince, was also seen throughout the video with Tory. In 2020, J Prince Sr Meg of lying about him in legal documents during the ongoing publicized warbetween Houston rap star Megan Thee Stallion and her label 1501 Entertainment. Fans reacting to Tory Lanezs new track add proof of a possible sneak diss; one fan wrote: You know how disrespectful it is for Tory Lanez to jump on Mo City Don period but for it to be a classic, here in Houston where Megan Thee Stallion is from, is insanity. Sir.. No response has been made from Thee Stallion; until then, the saga continues. Kelsey Nicole Reacts To Megan Thee Stallions Rolling Stone Interview Earlier this month, Rolling Stone released its interview with Megan Thee Stallion. This article contains the Houston rappers most detailed and explicit description of the 2020 alleged shooting by Tory Lanez and its aftermath. She also called out her former best friend, Kelsey, for betraying her by siding with Lanez. In response to the interview, Kelsey Nicoletook to Instagram to share a bit of her side. She posted a screenshot of an older post captioned: when people cant control you, they try to control how people view you, and encouraging people to stay tuned. She also circled the date, June 7, stating that she gave yall a heads up. Lol.