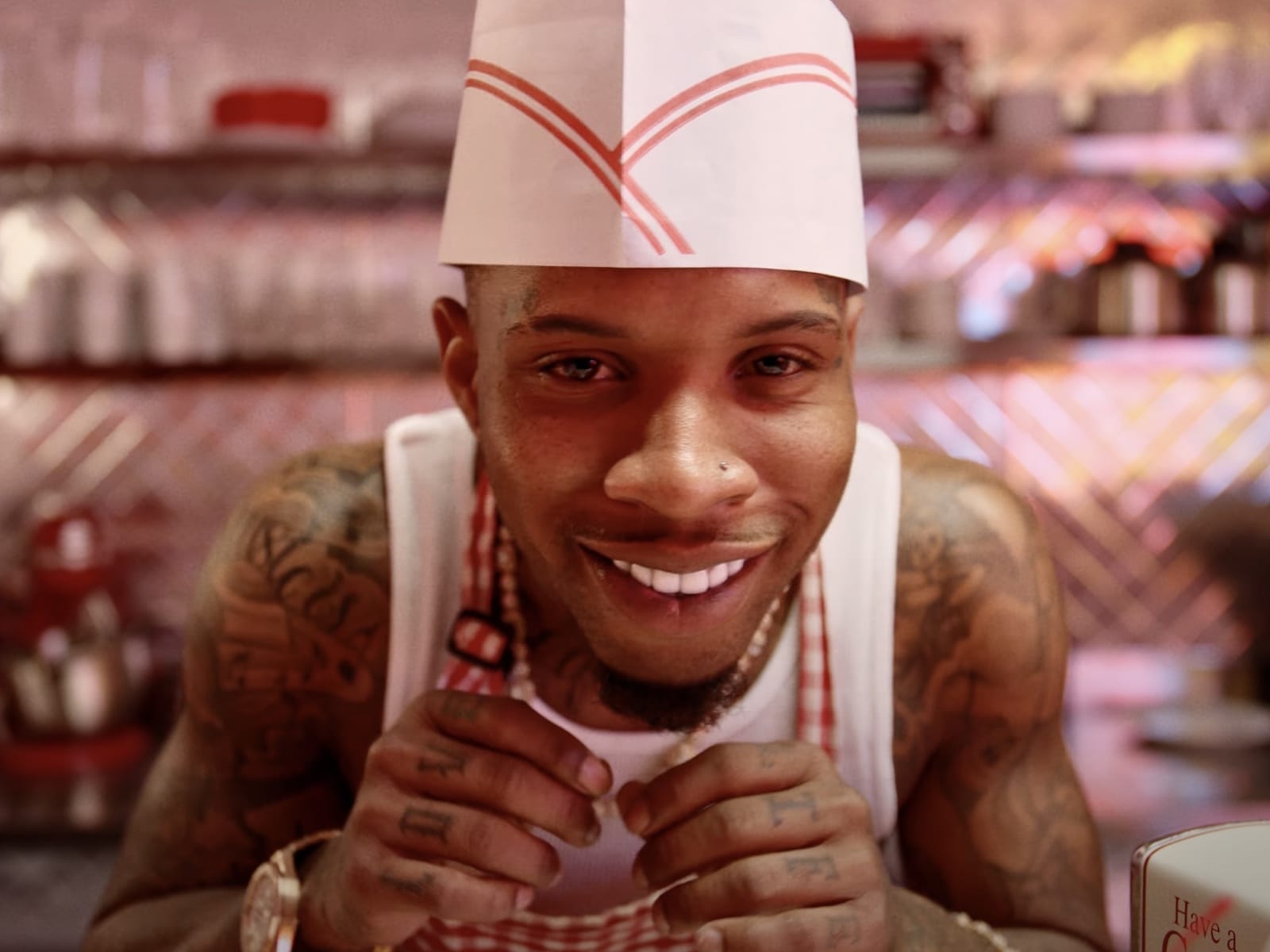 Rap crooner Tory Lanez is almost done making fans wait for the chunes. The hip-hop superstar has promised to come through with a ridiculous amount of new audio

June 5, 2021 Torys On His Revenge Tour The Toronto native recently hit up Instagramwith a stash of new shots. The pics featured him flexing modeling goals on a vintage Mustang vehicle while also popping off in the captions. Know some b*tches that aint wanna f*ck me befo this now Im back hot , ima treat em the coldest : @midjordan Lanez also had a playful messagefor his male followers. If they say I snaked him , than I adapted to my habitat S/O @coolkicksla Determined To Push For Prison Reform Recently, Lanez hit up his Instagram pageto reveal he didnt just get involved with prison reform overnight. Instead, TLs maintained an effort in helping prisoners dating back to 2019. @facecard1808 .. I joined prison reform 2 and a half years ago with a non profit foundation called @unitethepeopleusa .. I joined to help get my uncle out of jail I AM ON THR ADVISORY BOARD now it took some time but Im almost there unc !!! They cant stop us . #FreeSpeedy till its Backwards Tory Lanez Honors Late Mom Recently, TL went to his Twitter pageto make an unexpected announcement. Lanez revealed his Louellas Way foundation will ultimately become a life-changing movement in his late moms honor. The foundation that Im setting up for women with small businesses will be named after my late mother , and called LOUELLAS WAY . this will truly change lives and create tons of business opportunities for strong business minded women . Much love . Were almost there ! A few weeks ago, Lanez shared an emotional statementabout his late day one on Mothers Day. Love you forever Louella Peterson .. .R.I.P mom and happy Mothers Day I know u look down and shine on me every day . And if I could I would give you the BIGGEST hug and gift on this day .. we cherish u forever .