Tory Lanez not permitted to speak publicly about pending case 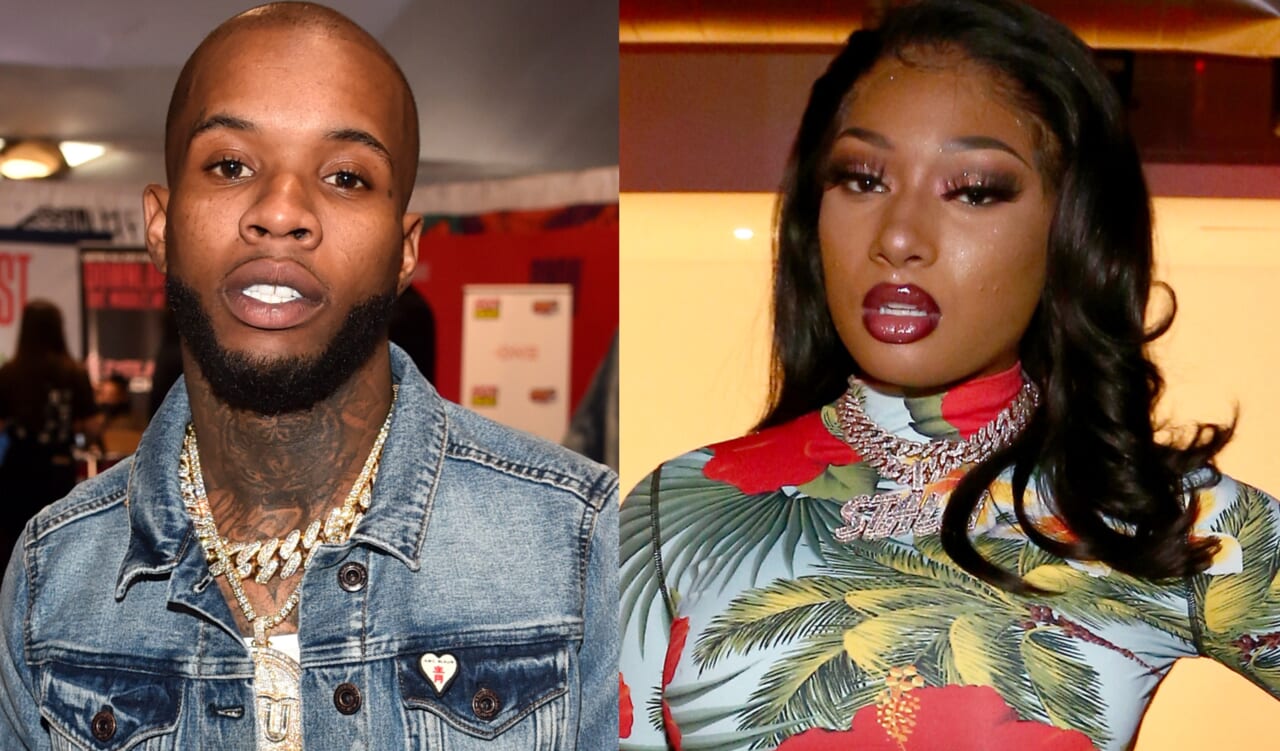 A judge presiding over Megan The Stallion's case against Tory Lanez said that the singer cannot publicly comment on the case.

linkedin Loading the player... Megan Thee Stallion scored a point on Thursday when the judge presiding over the case against her alleged shooter, rapper Tory Lanez, ruled that he cannot publicly comment on the case. (Photo by Alberto E. Rodriguez/Getty Images for BET/ Tommaso Boddi/Getty Images) As theGrio previously mentioned, lawyers for Lanez argued the protective order which barred him from talking about the case is significantly prejudicial and that it jeopardizes his right to a fair and judicial proceeding. Read More: Megan Thee Stallion, Maxine Waters discuss female empowerment, WAP In the past, Megan has been very vocal about her accusations against Lanez, whose real name is Daystar Peterson. She fired off an angry tweet last month, accusing Lanez of harassment. The tweet read: Yall cant tell when sh*t fake news? Yall still dont see an ABUSER picking with me? The first court date got pushed back bc of the inauguration but I cant wait until the MF FACTS come out. Just listened to Tory lanez album that he made after his incident with Megan. I cant believe this man is actually saying these things . Im really disgusted femme marie (@Kushiiiiiie) February 25, 2021 For anyone who had doubts about who assaulted her back in July 2020, Megan added, Bh you shot me AND MY STORY NOT CHANGING AND BH YOU GOING TO JAIL. In the hearing on Thursday, Torys attorney, Shawn Holley, told the judge, I think in a perfect world, no one would be able to say anything. My goal is to be fair, according to Page Six . Holley then accused Megans attorney, Alex Spiro, of making public remarks about the case, saying, I dont know how I can sit idly by when the complaining witness and her lawyer speak to the media. Read More: Megan Thee Stallions Love And Hip Hop audition tape resurfaces At the conclusion of the hearing the judge ruled that Lanezs protective order should remain in place and that Megan still does not have an order that silences her. We have two high-profile celebrities named as the defendant and the alleged victim in this case, the judge said, pointing out that the last thing I think anyone wants is for social media to become part of the evidence in the case. Have you subscribed to