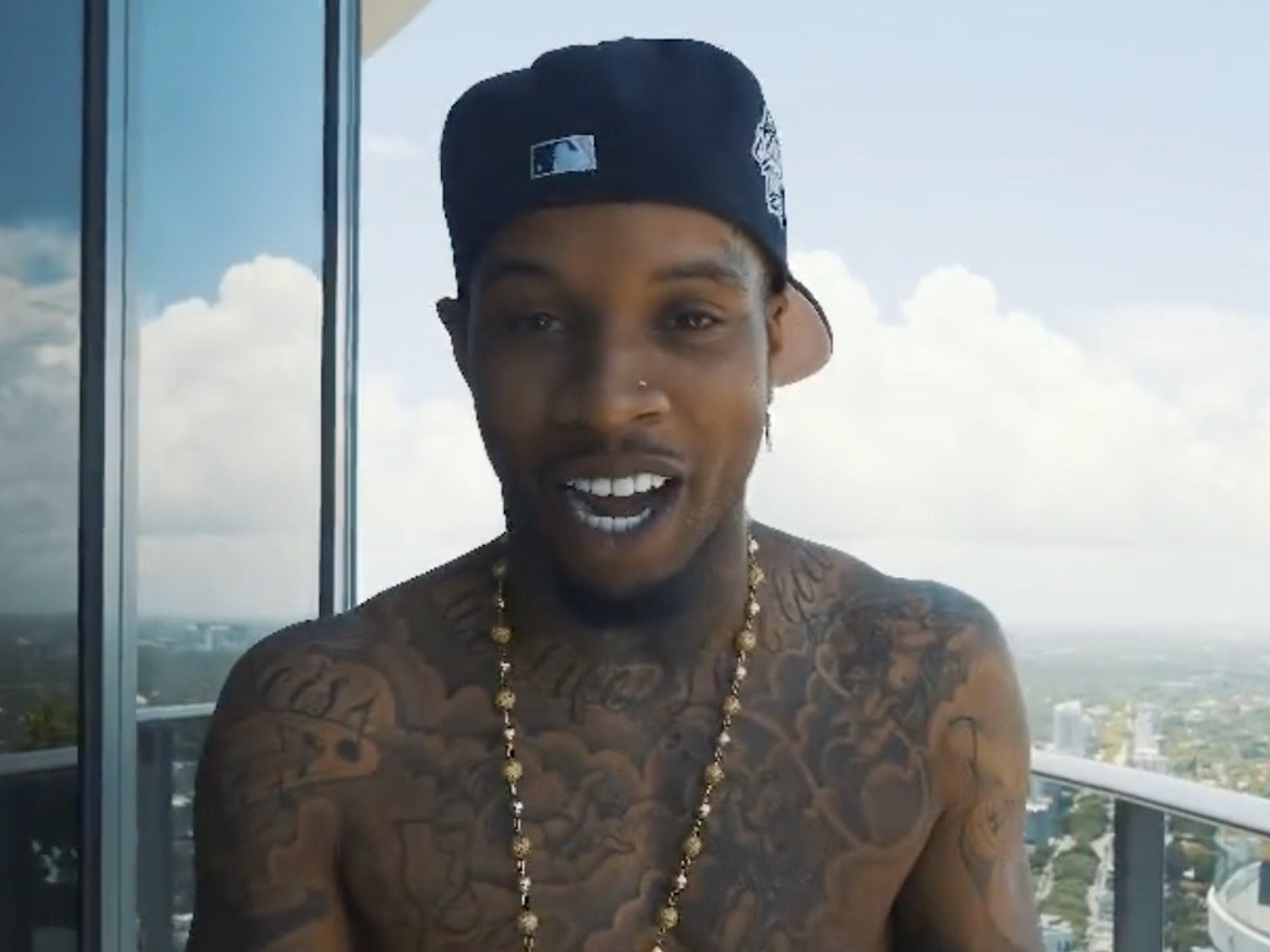 Rap crooner Tory Lanez isn't just having a ball with DaBaby and Kodak Black. The hip-hop star has announced plans to show big love to true supporters by treatin

Share Tory Lanez Is Putting Together A Fans Dream Wish TL went to his Instagram page to share footage of himself promoting his newly released Grah Tah Tah msuic video. Instead of just encouraging people to watch it, Lanez detailed how five people could win a chance to meet him in-person and have an unforgettable night together. GrahTahTah GIVE BACK 5 LUCKY WINNERS . WILL WIN 1000 DOLLARS , A FLIGHT . A DINNER WITH ME , AND A TRIP TO THE STUDIO TO LISTEN TO UNRELEASED MUSIC Comment your Instagram name on the #GrahTahTah video on YouTube TO BE SELECTED DO IT NOW #OneUmbrella2021 A post shared by LONE $TONE PLAYBOY (@torylanez) Tory Lanez Keeps His Word + Drops New Song This past Monday, Lanez went to his Instagram pageto let the world know they could finally hear his new single. Lanez also vowed to drop the songs accompanying music video hours later. TORY x KODAK BLACK = GRAH TAH TAH SONG TONIGHT @12 AM VIDEO TOMORROW @9AM LETS F*CKING GOOOOOOO : @christhedirector Tory Lanez + Kodak Black Collab is OTW Not to be outdone by rap star Kanye Wests epic Donda album listening event last week, Tory Lanez hyped up music of his own. Lanez posted a video of himselfand Kodak jamming out in the studio with a caption relaying details of their upcoming drop. Not only has Yak and Tory delivered a new song together Monday, Tory will also be releasing a 5-song capsule in honor of us all being outside this summer. To end his announcement Tory also took the time to acknowledge his partners trending on Youtube, saying my dog Kodakis #1 trending on youtube right now. While Kodaks part is not heard in the clip posted to Instagram, it can be expected it will match the high energy of the record. YAK x TORY