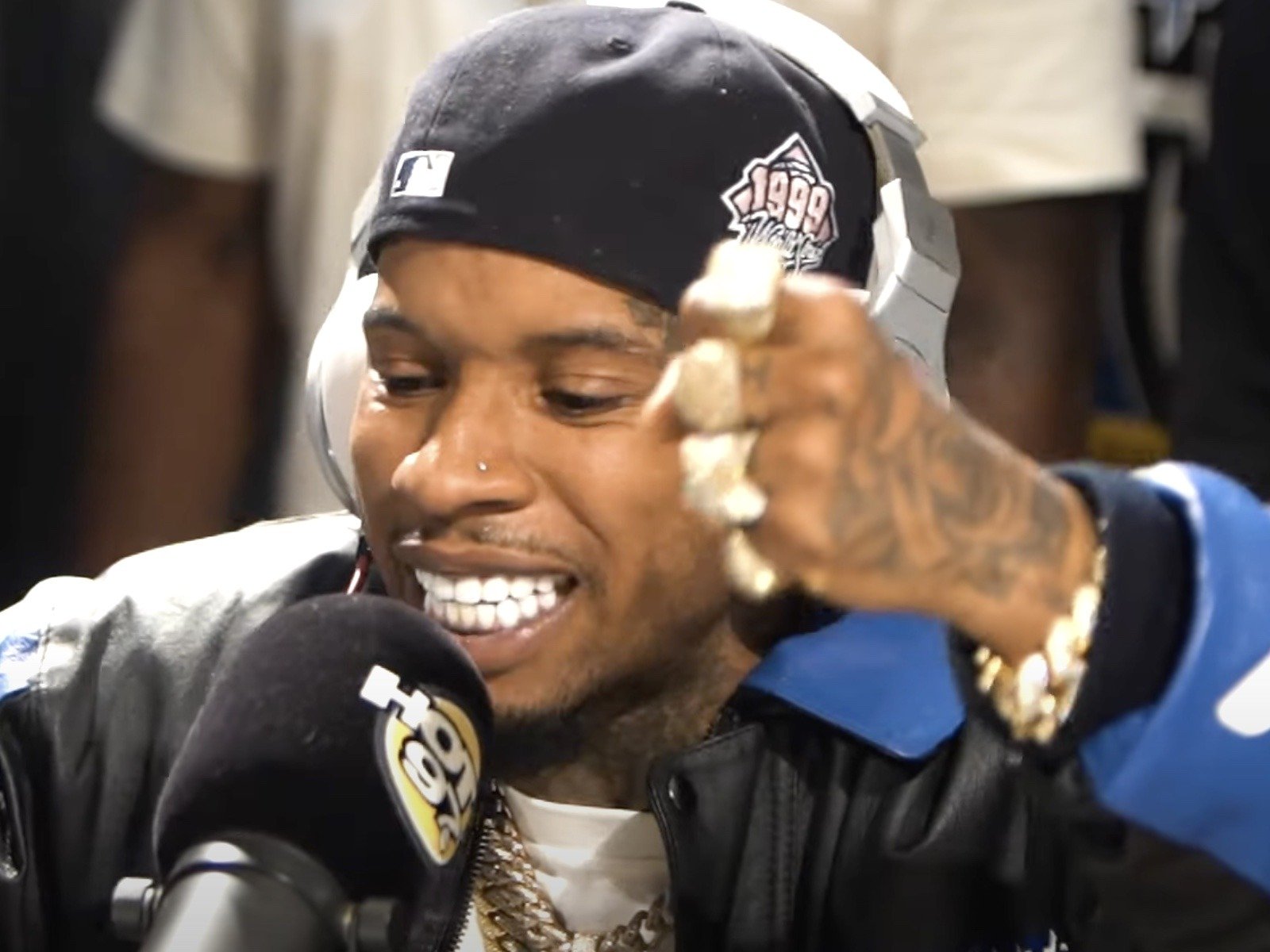 Toronto rap star Tory Lanez is working like there's no tomorrow. The hip-hop crooner has pulled through the Big Apple to deliver an unforgettable Hot 97 radio f

Share Tory Lanez Surrounds Himself W/ Crew Lanez completely let loose some bars in the truest essence of freestyle His bars range from modern day lines to references to music icons like 2Pac and legendary 90s movie Poetic Justice. Bustin 2Pacs out the van like Poetic Justice, last year was last year, on Twitter, Oh he canceled, now Im back here/Double stash the Rolls-Royce, smothered in cashmere, a mean rookie, Im seeing p*ssy like its a Pap smear, my last chick, that new n*gga d*mn near a dweeb, couldnt see like a magician with tricks in his sleeve. The craziest and most hard-hitting bars featurea direct connection to his publicized July 2020 shooting case involving former flame Megan Thee Stallion. Lanez apologizes to rap stars like DaBaby and Roddy Ricch for them losing out on Grammys and BET Awards to Stallion as a result of him being painted the anti-hero and fuel for protecting Black women. Shouts go out to SKAT, shout-out goes out to DaBaby, Roddy Ricch and Lil Baby, what Im about to say is going to sound a little crazy, but its true so dont flame me. Yall all would have got yall awards if they never framed me. Tory Lanez References 2020 Meg Shooting In Remix A few days ago, Tory appeared on rap star Soulja Boys Ricky n Morty remix and also made a reference to last summers attack While he didnt name-drop Meg, Lanez referenced the only time he would shoot a woman. Uh, you know my name, ho Only thing Im shootin at a b*tch is game, ho Yeah, yeah, its Tory Lanez, ho Clean white tee, stillll hit a stain, though Rick, mhm I just got in with the stick, mhm DaBaby + Meg Clash Over Tory Lanez In mid-June 2021, tensions flared betweenMegan Thee Stallion and her frequent collaborator DaBaby. She took personal offense to him appearing on Lanezs SKAT record and took her issues to social media. support me in private and publicly do something differentthese industry men are very strange. This situation aint no d*mn beef and I really wish people would stop down playing it like its some internet sh*t for likes and retweets. justice is slow as weve all seenback to my good day DaBaby attempted to clear his namefrom any type of drama and stepped up to speak out. Baby also tried to end rumors and speculation about liking or even retweeting someones remarks about both himself and Lanez getting away with shooting someone and not having to do jail time. Baby got enough problems of his own my nigga, ion got nooooo reason to inherit the next MF problems. Yall chasing a story yall aint gone get. Im out niggas bidness while still successfully doing business. Idk what type of Illuminati sh*t Twitter got goin on I aint retweet nothing but Ball If I Want To promo. I aint retweet that silly shit. Then once ppl start tagging me & I saw it and tried to delete it and undo the retweet Twitter didnt let me. Type sh*t yall on? Things Didnt Simmer Down Instead of speaking their minds and leaving it alone, the duo actually took things a step furtherwith some hard-hitting clashing. Baby quoted Meg and specifically mentioned not wanting to have anything to do between Tory and Stallion. You done let these folks get the best of you thug. ion got no bad energy for ya. You know like I know I aint no industry n*gga , let em fool you into thinking that you trippin. Stand on what you stand on without feeling like Im against ya. Stay focused my g Meg refused to let Babyget the last word and questioned his true loyalty and stance in her situation with Lanez. My stance hasnt changed at all YOURS has. We already spoke abt this in private and you specifically said that aint even no good business move why would I promote that sh*t but now this aint your beef ? That aint real. But you stay on ya business my g Baby followed this up by suggestinghe had a similar conversation with Tory Lanez about how he wanted nothing to do with their legal situation. You aint tweeting nothing I aint tell dat n*gga directly. I told him da same sh*t. lol Whoever cleared it cleared it, so what. Sh*t still aint enough of my bidness for MFs to be feelin some type of way bout my pretty chocolate ass Gettin into dat dont feed my ppl.