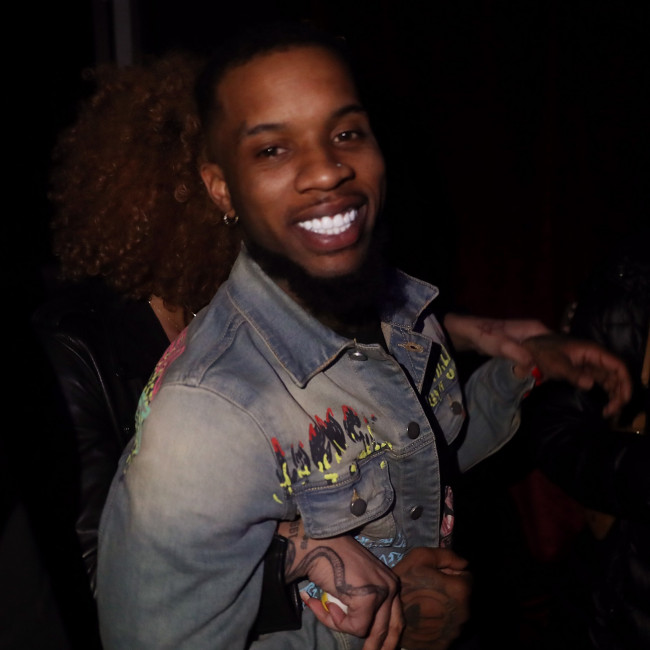 0 Tory Lanez (Photo credit: Bang Media) Tory Lanez has been living his best life despite the drama surrounding Megan Thee Stallions shooting last July. Lanez is currently facing a felony count for assault with a semiautomatic firearm, personal use of a firearm, and carrying a loaded, unregistered firearm in a vehicle in an incident that took place on July 12, 2020 in Hollywood Hills. Megan Thee Stallion was shot in her foot. Although hes still waiting for his date in court, the Canadian rapper has called out musical streaming services for pre-judging him and keeping his music from his fans who somehow still managed to keep him at the top of the charts. Alright, first and foremost, I want to shout out all the umbrellas, all my fans out there for what yall just did. We number one with the R&B capsule on the R&B charts on iTunes music. We number one on the R&B charts on Apple music. What people dont understand my music right now, the platforms got it in a way when you look at the homepage of these platforms, you cant even find my music, explained Lanez You cant find it nowhere. Its as if I never even dropped nothing. So in order for people to actually have my music chart anywhere, they gotta go search for it and individually look for my name and all kind of stuff like that and its crazy cause they brought it to number one, he added. Lanez also asked for the streaming platforms to judge hi based on his music and not act as judge and juror before he even has his date in court. But I just ask, like at some point, when does it not seem to be unfair to yall I feel like yall are treating me as somebody that yall think I am and not treating me as the person that I actually am and thats not fair. Yall dont know my life, yall know my music. My music is on the top of charts which means theres a demand for my music and if theres a demand for my music its your job to curate that music to the people that its a demand from. Thats all I ask is just treat me fairly. Check out Torys plea on the following page. Pages: