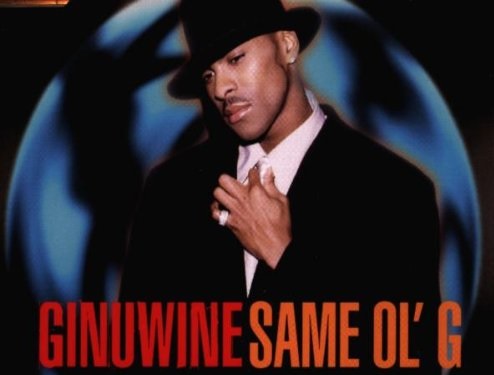 Next up in our Top 10 Best Songs feature series we turn our attention to the catalog of the legendary Ginuwine. The singer is most known for his

Without further ado, here is our list of the Top 10 Best Ginuwine Songs in chronological order. One of the most innovative and influential R&B songs of the 90s. The combination of Ginuwine, Timbaland and Static Major had something special and timeless here. This single from Ginuwines debut album often gets overshadowed by Pony, but its nearly just as flawless. Another gem courtesy of the trio of Ginuwine, Timbaland and Static. Such a smoothed out feel good song. Refer to the first sentence of the previous write up. An innovative R&B ballad right here. One of our favorite album cuts by Ginuwine, and an amazing collaboration with the late Aaliyah (and Timbaland and Static once again). This has become one of Ginuwines signature songs and its even more special since he penned it himself. Another timeless gem from Ginuwine with creative lyrics to describe a timeless love theme. This song didnt get the same shine as smash single Hell Yeah, but this is gone of Ginuwines best love songs. Ginuwine has never been afraid to show his vulnerable side and songs like this highlight that side of him. This Bryan-Michael Cox produced gem is one of our favorite album cuts from Ginuwine and a standout from his most recent album. -Tell Me Do U Wanna (from the Ginuwinethe Bachelor album) -World is So Cold (from the Ginuwinethe Bachelor album) -When Doves Cry (from the Ginuwinethe Bachelor album) -Whats So Different (from the 100% Ginuwine album) -None of Ur Friends Business (from the 100% Ginuwine album) -I Know (from the 100% Ginuwine album) -Two Sides to a Story (from the 100% Ginuwine album) -Simply Irresistible (from the Romeo Must Die soundtrack) -Why Did You Go? (from The Life album) -Thats How I Get Down (featuring Ludcaris) (from The Life album) -Superhuman (from The Life album) -In Those Jeans (from The Senior album) -Oh Girl (from the Back II Da Basics album) -Secrets (from the Back II Da Basics album) -Want U To Be (from the Back II Da Basics album) -Betta Half (from the Back II Da Basics album) -I Apologize (from the I Apologize album) -Open the Door (from the A Mans Thoughts album) -One Time for Love (from the A Mans Thoughts album) -Heaven (from the Elgin album) Related Posts: