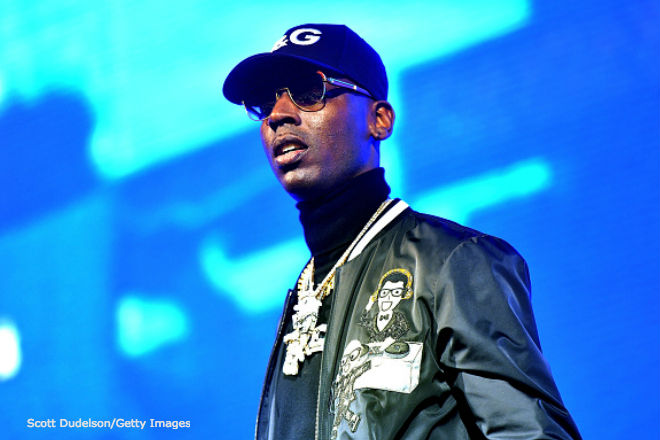 Uncategorized In March of last year, Young Dolph collabed with Houston hottie Megan The Stallion for their Juicy J-produced single titled RNB. The song went on to do its numbers but Megan and Dolph would be slapped with a 600,000$ lawsuit from goth and, Midnight Syndicate after claiming that their beat was stolen for the upbeat hip-hop track. Visit streaming.thesource.com for more information In court documents, Midnight Syndicate alleges Juicy J used the beat from their track Nocterm Aeternus and used over 94% of their beat to help him make the RNB bop. The group was reportedly offended with the lack of contact to seek permission and licenses to sample their song. Defendants acts of infringement were and are willful because Defendants Juicy J and/or Young Dolph (in concert with one or more of the other Defendants) knew they did not own the Copyrighted Noctem Aeternus Recording and Copyrighted Noctem Aeternus Composition, yet they still created RNB, the original complaint file read. Advertisement Defendants sample was not merely a few seconds but lasted for the entire duration of RNB (feat. Megan Thee Stallion). According to new reports, the case has now been dismissed. It seems as though Dolphand the goth rock band were able to settle their differences and reach a settlement on the case, opting the judge to dismiss the case with prejudice. Neither parties can re-file the case again. Originally the band was looking to remove the single from streaming platforms, but due to the settlement, which remains confidential, the group seems to have allowed the single to remain on streaming services.