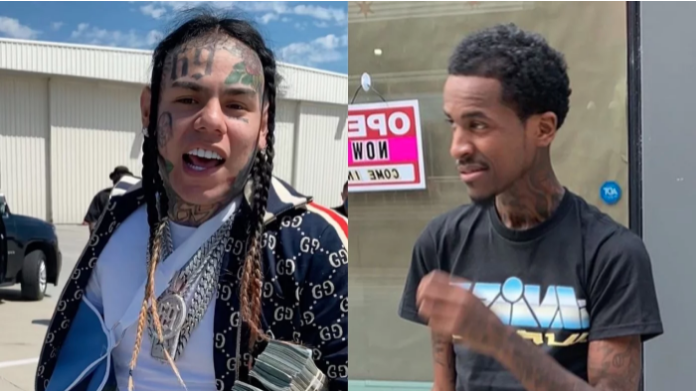 News Exclusives Brooklyn rapper Tekashi 6ix9ine an Chicago drill rapper Lil Reese have been going back and forth for some time now and after the recent shooting in a Chicago parking garage where Reese was shot, 6ix9ine has been getting at the Chi-Town rhymer about the cause behind the shooting. Visit streaming.thesource.com for more information Tekashi took to IG to troll Reese about the shooting, focusing on the aspect that Reese was shot when he and his companions, who were also shot, were involved in a carjacking, which prompted the shooting. 6ix9ines video post, which featured Akons Locked Up track in the background, teased Reeses involvement in the alleged carjacking. The Gummo rapper even magnified the part in the Akon hit where he sings, my car is stolen, which was the title of his video. Advertisement