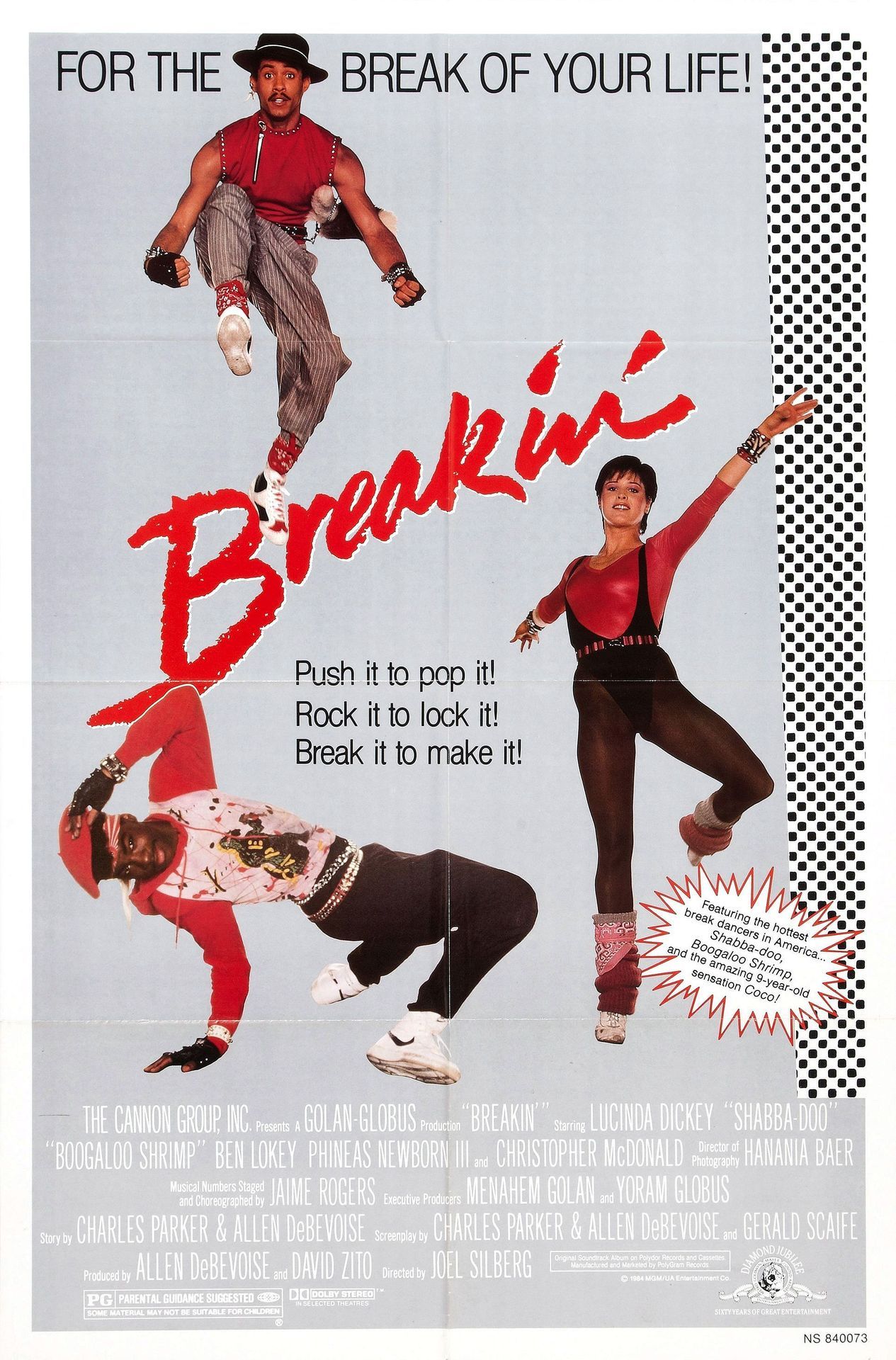 Visit streaming.thesource.com for more information Breakin became an instant hit in the Hip Hop world for putting the dance culture on the map. The film features not only a storyline that captured audiences even outside of the Hip Hop world but some of the greatest music written at the time that was being included in the world of breakdancing. With a cast made up of Hollywood elite and established Hip Hop players like Ice-T and dance sensationMichael Chambers a.k.aBoogaloo Shrimp, the film follows Kelly (played by Lucinda Dickey), a young jazz dancer that struggles with her style and takes it to the street with the help of her friend Adam (Phineas Newborn III). Adam introduces Kelly to two street dancers,Ozone (Adolfo Quiones) and Turbo, who was played by Chambers, who in turn show her their dance crew and ways, and their endless competition they have with rival crew Electro Rock. Advertisement The crews in the film struggle with both their rivals, and also acceptance by Kellys dance instructor, who disapproves of the hybrid style the dancers perform alongside their street affiliation, but through it all, Kelly soon becomes a sensation with the crowds and finds success.