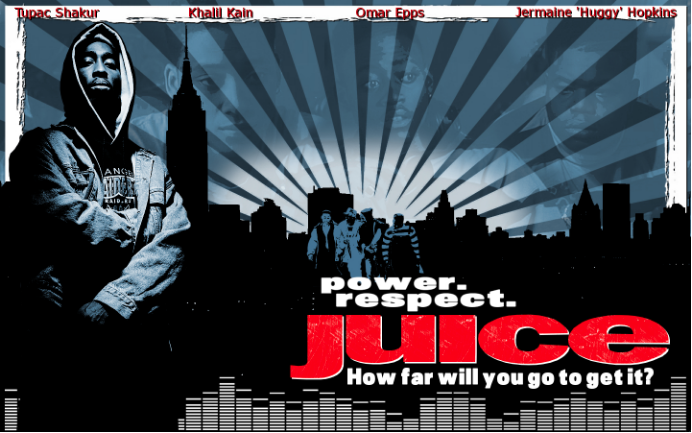 Visit streaming.thesource.com for more information His co-star, Omar Epps(Higher Learning, In Too Deep), plays a local DJ with industry potential named GQ, alongside Jermaine Huggy Hopkins(Lean On Me) and Khalil Kain, who all form a loosely knit crew of truants who are headed in the wrong direction. This movie was very instrumental in bringing Hip Hop artists onto the silver screen, with cameo appearances from Treach of Naughty By Nature, Queen Latifah, EPMDs DJ Scratch and Special Ed. Juice also helped to introduce the soundtrack as a way to market movies for larger budgets. Advertisement For those who never took notice, it wasnt until after Pac made everyone love to hate his character Bishop that Shakurs run-ins with the law became more frequent and his Thug Life persona became more noticeable and for its own intent, purposeful. Many will say that it was life imitating art. Some will say that this was the real Tupac; he was just being filmed.