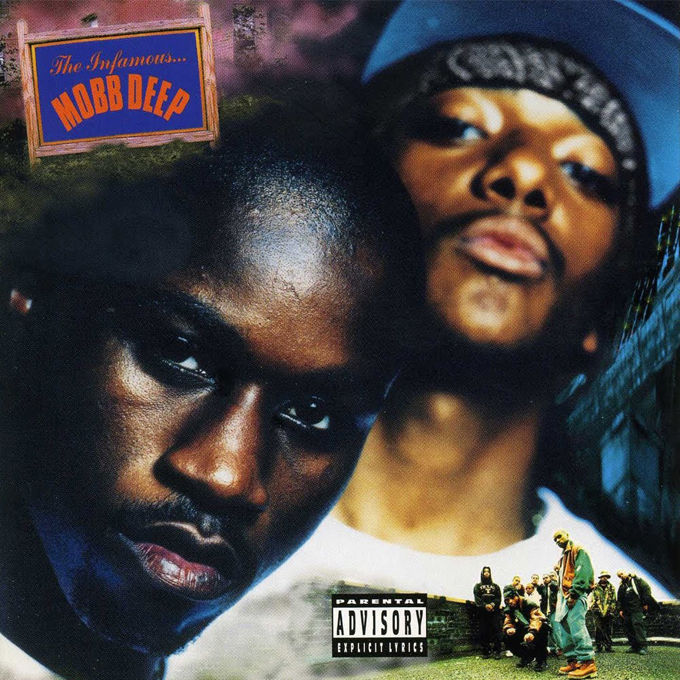 News Exclusives Much more successful than their debut,The Infamousis hailed a New York classic. Its gritty underground style is a staple in the hardcore movement that was going on at this time in New York. This album helped New York Hip Hop to separate itself from the boom-bap style that was popular a few years prior. Havoc and Prodigys production shaped a new sound that could separate them from any out of Queens at thetime. Visit streaming.thesource.com for more information Helping to pave a way for future artists like The Diplomats or A$AP Mob,The Infamouspromoted a sound a lifestyle that appealed to a side of New York that wasnt being spoken to or about by the politically charged artists that came in the late 80s and early 90s. Much like Wu-Tang ClansEnter the Wu-Tang (36 Chambers)Mobb Deep acted as street prophets, spitting the truths of the hood without trying to be outwardly righteous about it.Featuring artists like Ghostface Killah, Nas, and Q-Tip, this project is a titan among its peers. The album was a commercial success debuting at #15 on the Billboard 200 and #3 on the R&B/Hip Hop charts. The album was certified gold within the first month of its release and thethree singles from the project all made appearances on the Billboard Hot Rap Singles chart with Shook Ones Pt. II and Survival of the Fittest both making it on to the Billboard Hot 100. Advertisement