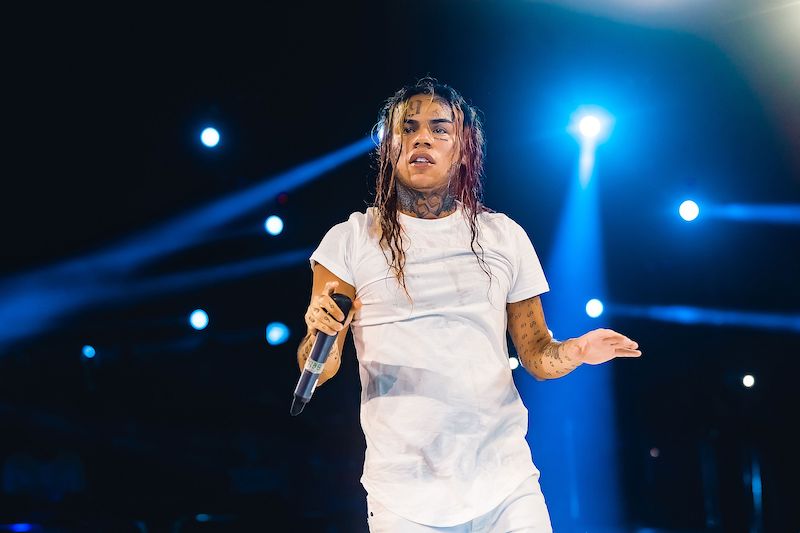 If anyone is going to troll, it's going to be Tekashi 6ix9ine. The New York rapper is back at it again following a conversation with Young Thug, Gillie Da Kid, and Wallo on the Million Dollaz Worth of Game podcast.

Hip Hop News | Trending Hip Hop Stories If anyone is going to troll, its going to be Tekashi 6ix9ine. The New York rapper is back at it again following a conversation with Young Thug, Gillie Da Kid, and Wallo on the Million Dollaz Worth of Game podcast. During the sit-down, Young Thug revealed that he and a friend of his made a friendly $5000 bet on if Tekashi 6ix9ine would snitch or not following his arrest in 2018. In addition to the bet, Young Thug and his friend also bet that something would happen to the rapper upon his release. Visit streaming.thesource.com for more information While 6ix9ine still remains untouched, Young Thug states that he won the first 5000 but may have lost the second half. I bet five thousand that he tell and he bet five thousand that nothing is gonna happen to him,he stated. I bet five thousand that something was gonna happen to him, too. I dont know why I had that belief. I really believe like, he gon think he gangsta, he gone try to step out and somebody gone do something. Even if its on some humble sh*t. Even if its some sh*t like, just anything. I bet five thousand that something was gone happen like, I bet you whatever, when n*ggas see him, something gone happen, somethin. He gone get beat up, he gone have to run out the club, something gone happen. I lost that fuckin bet bruh. Them pussy ass n*ggas let that n*gga in the club. He was chilling, Thugga added. Advertisement Shortly after the video surfaced the innanet, the rainbow-haired rapper posted a picture of Young Thug with the caption, THESE THE REAL N*GGAS IN ATLANTA. 2021 SLATTT. Check out the picture of Thugga posted below. Young Thug speaks on 6ix9ine being able to snitch and still sell out shows.