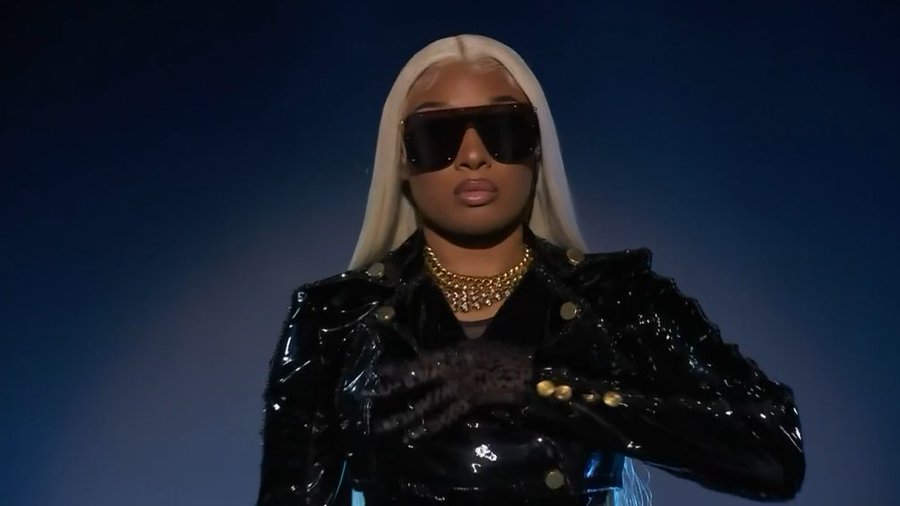 Visit streaming.thesource.com for more information Sundays BET Awards was another celebration of the cultures biggest night. The jam-packed show featured amazing performances, star-studded outfits, and more. While everything remained peaceful, it was clear that the tension ran high between two of Hip-Hop biggest stars. During DJ Khaleds star-studded performance that featured H.E.R., Lil Baby, Lil Durk, DaBaby, and Megan Thee Stallion, the Houston Hottie did not stay for the finale. Both Megan and DaBaby are featured on Khaleds track, I Did It, so it was likely for them to share the stage during the performance, but she had other plans. Advertisement The 3-time Grammy appeared atop of the stages platform to perform her verse. Once she finished the verse, she threw up the deuces and exited stage right. Her verse was then followed by Lil Baby, and then Da Baby. At the end of the performance, only H.E.R., Lil Durk, Lil Baby, DaBaby, and DJ Khaled remained. That left the question of, where is Megan? Well it all started when DaBaby allegedly retweeted a fans tweet after the release of his song with Tory Lanez. The Suge rapper later denied the retweet. I guess @DaBabyDaBabyand @torylanezcool now bc the both shot somebody and dont have to do no jail time Bo (@symeautomatic) Idk what type of Illuminati shit Twitter got goin on I aint retweet nothing but Ball If I Want To promo. I aint retweet that silly shit. Then once ppl start tagging me & I saw it and tried to delete it and undo the retweet Twitter didnt let me. Type shit yall on?