The Source |Kanye West Collabs with Gap and Balenciaga, Will reportedly shoot video with Cardi B in Balenciaga store 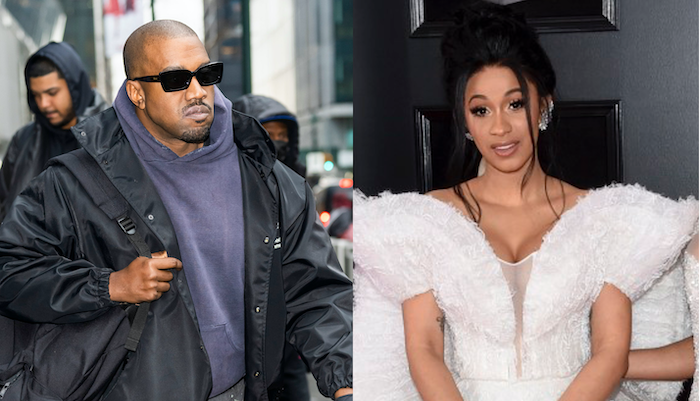 Uncategorized Leave it to Kanye West to be doing the most and taking multiple industries by storm less than two weeks into 2022. Not only did the mega artist recently announce his Yeezy Gap and Balenciaga collab, but he and Cardi B are reportedly planning to shoot a music video inside a Miami Balenciaga store. Visit streaming.thesource.com for more information Kanye and Cardi B are allegedly looking to shoot the video in the Balenciaga store in Miamis Design District. Kanye has made two visits there in the past two weeks- shopping for an outfit on New Years Eve and then again with fellow rapper Future. While details about the music video remain very minimal (sources have said that Cardi is planning on releasing a new album this year), there is far more detail about Yes relationship with the high-end retailer. Advertisement Kanyes latest collection for the Gap will reportedly include the influence of Balenciaga creative director Demna Gvasalia in what will formally be known as Yeezy Gap Engineered by Balenciaga. A press release on the companys website says this first of its kind launch sees Yes peerless vision bring together the most influential designer of his generation, Demna, with iconic American brand, Gap Yeezy Gap engineered by Balenciaga continues Yes commitment to bringing creativity to the forefront and delivering his vision of utilitarian design for all. Ye has had long relationships with both brands,inking a 10-year design contract with Gap in 2020, releasing a collection that includes hoodies and puffer jackets. Ye has been wearing the designers threads for well over a decade and designed several pieces for them. His relationship with Balenciaga was so strong that Balenciaga hired a relatively unknown Demna Gvasalia as a creative director a Yes suggestion. (Gvasalia even served as art director for one of Kanyes Donda listening parties last year.) Kanyes Donda merch was Balenciaga-branded as was the commemorative T-shirt he helped design following DMXs death in April of 2021. The first drop Yeezy Gap Engineered by Balenciaga drop is expected in June 2022, with another to follow.