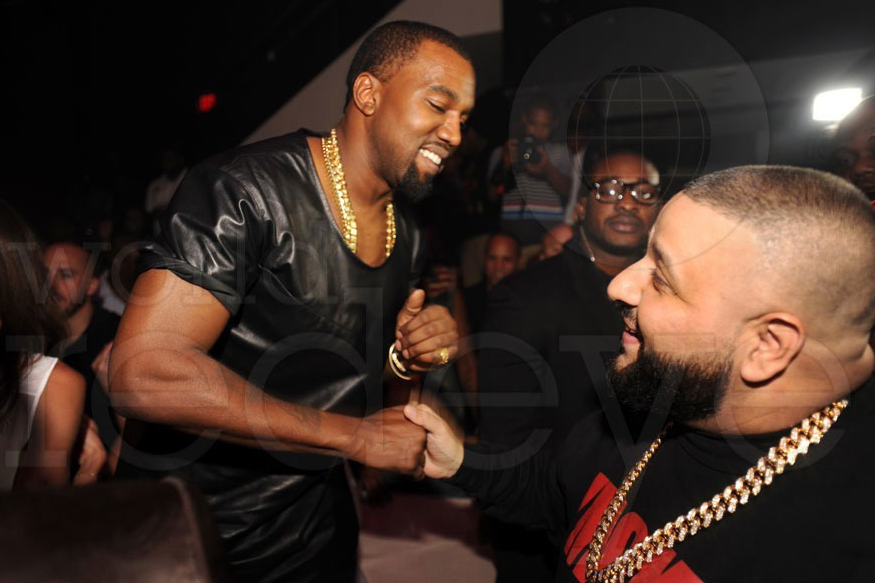 Visit streaming.thesource.com for more information DJ Khaleds star-studded Khaled Khaled album featuring JAY-Z, Nas, Justin Timberlake, H.E.R., Cardi B, Migos, Megan Thee Stallion, and more has the streets talking. But another thing fans were talking about was Kanye West wearing his wedding ringand a picture that Khaled posted on Instagram. Advertisement In the black and white photo Kanye has his hand in the air and his ring is spotted on his left hand. Fans quickly began to speculate because hes in the middle of a divorce with Kim Kardashian. During a conversation with Entertainment Tonight DJ Khaled offered an explanation. First of all, God bless him and his family, remember this was a while ago, and when I say a while ago, like, when I was first starting to create my album, he said. And I was just playing him song ideas I had so this was long, not too long ago, this was like way before, you know, all that and I want to send my love to him and his family and his kids, you know what I mean? God bless him and his whole family, you know? Aside from offering a reasonable explanation without telling too much DJ Khaled explained how his time with Kanye West went. One of my team members knocked on the door, Yo, Khaled, Mr. West is in your backyard, so I go to my backyard and hes eating scrambled eggs with ketchup because he asked my chef to make them and some vegan bacon, said Khaled. And we was just kicking it, catching a vibe, and catching up and he gave me a surprise visit. We ended up going into my studio of my house and we just ended up playing each other music, he continued. And there was just a vibe, you know what Im saying? It was just a vibe and, like, you know, I was grateful to have a great conversation with him but at the same time hear some of his music, and he heard some of my music. Did you get a chance to listen to Khaled Khaled over the weekend. What are your thoughts?