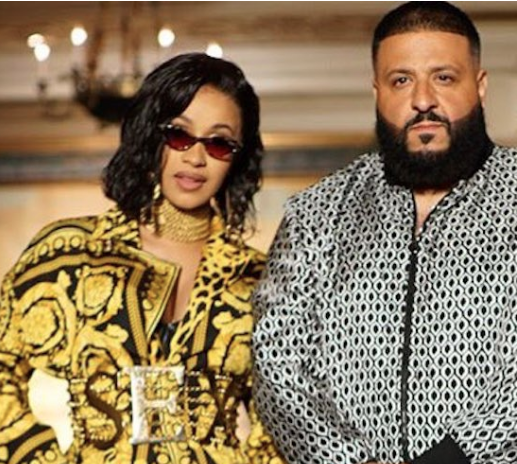 has a number of commercial hits under her belt, but she had to channel mixtape Cardi, like I aint a millionaire. Fans are raving about her latest musical effort on DJ Khaleds Khaled Khaled album. Advertisement Bardi took the time out to silence the naysayers who said that she cant follow-up her Grammy-award winning debut album, Invasion of Privacy. I get big paper, so I deal with big haters (Yeah) / Got it out the mud, they aint do me no favors (None) / Got it out the club, they aint do me no favors (No) / Cardi this, Cardi that, make me more famous (Woo), Cardi B rapped on the hook of the Tay Keith, DJ Khaled-produced record. Listen to it below: The Bronx rapper went on live ahead of the release of Khaled Khaled to clarify that she wrote and recorded Big Paper in less than two days. This is major for the Bodak Yellow who is always criticized for not writing her own songs. We previously reported that Cardi B was a last minute addition to the highly-anticipated project. Cardi stated on live that she WROTE & recorded BIG PAPER in less than 2 days for Dj Khaleds album! LESS THAN 45 MINUTES UNTIL CARDI AT MIDNIGHT!