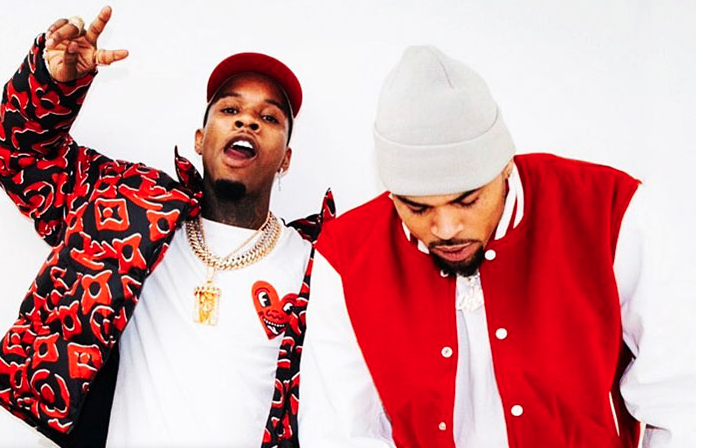 May 2, 2021 After the virtual concert, he spoke with DJ Carisma about some big upcoming releases. These releases will certainly be considered as gifts to his fans. The first announemet was his next wo singles whcih will feature Grammy-nominated rapper, Dababy. He also has a new single that will drop with Yung Bleu as well. Advertisement That was just the beginning. He then proceeded to the main event. Tory Lanez says he and Chris Brown are joining forces to release a collaboration album. While the two have teamed up for singles and album cuts in the past, this is another magnitude. Chris Browns latest project was a joint release with ATL rapper, Young Thug. The Slime & B album pprouduced the hit single, Go Crazy. The track won 3 Soul Train Awards, peaked at No. 3 on the Hot 0100 charts and is now cercertified double pplatinum. With an R&B album on the way, Toory and Breezy look ot have the same sucessful outcome. There is no date as of yet for the project.