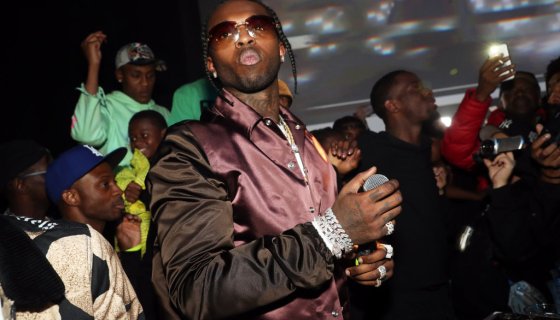 CLOSE Source: Johnny Nunez / Getty A few weeks ago Pop Smokemade his posthumous film debut in Eddie Huangs basketball film Boogie, and while it made his untimely death that much harder to swallow, all we can do is celebrate the mans life by bumping his music. Releasing a new visuals for the Boogie soundtrack cut, AP, Pop Smokes legacy continues to live as we get stock footage of him living his Hip-Hop dream while getting scenes of him doing his Hollywood thing. Rest In Power, Pop. Back down South, Gunplay returns after a lengthy hiatus and in his visuals to Pyrex Poppin links up with the Bawse, Rick Ross to get things extra lit in the trap house. Looks dangerous in there but hella fun too. Check out the rest of todays drops including work from Paapa-Berchie, Rell Be Free, and more. POP SMOKE AP GUNPLAY FT. RICK ROSS PYREX POPPIN PAAPA-BERCHIE QUEEN SABA ZIPLOCK/RICH DONT STOP LOLA YOUNG RUIN MY MAKE UP HipHopWired Radio