The Furious 5 Wants To Open With Bruno Mars Or Drake 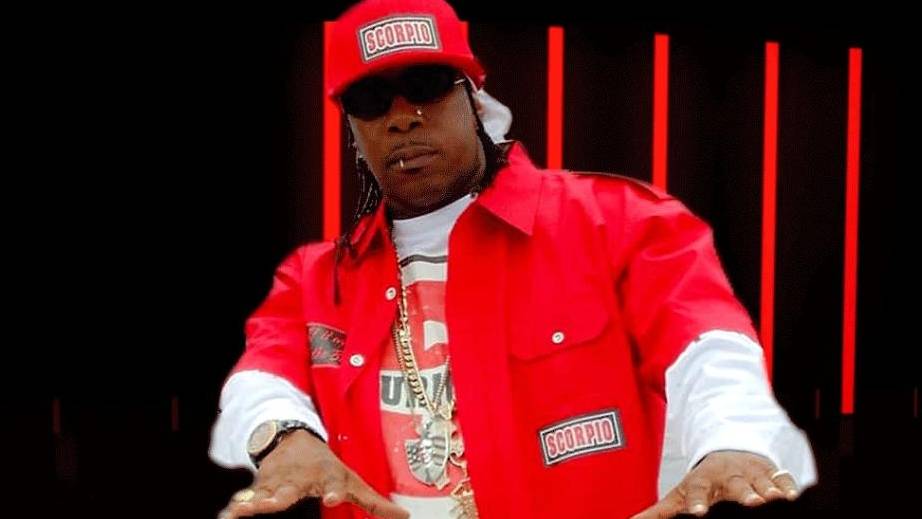 In a recent interview with HipHopDX, Scorpio said he feels Verzuz is one of the most important platforms to emerge since Soul Trainand BET. He wants the chance to show the world where Hip Hop got its start.

Grandmaster Flash & The Furious 5's Scorpio Wants To Tour With Drake Or Bruno Mars Published on:Jul 18, 2021, 12:56 PM by 2 Exclusive Grandmaster Flash & the Furious Fivelaid the blueprint for Hip Hop to fully take shape. Formed in 1978 by Grandmaster Flash, Melle Mel, The Kidd Creole, Keef Cowboy, Scorpio and Rahiem, the groundbreaking group went on to release arguably one of the most important Hip Hop songs of all time 1982s The Message which has been sampled hundreds of times by artists such as Ice Cube, Diddyand the late Tupac Shakur. Three years prior, The Sugarhill Gang had already made history when their 1979 song Rappers Delight became the first rap single to hit No. 1 on the Billboard Hot 100, cementing their place in music history. Over 40 years later, Hip Hop is a global phenomenon and permanent part of mainstream culture. Earlier this month, Scorpio wrote an impassioned letterasking Swizz Beatz and Timbaland to book a Verzuz event with the two pioneering artists. A post shared by THE FURIOUS 5 (@the_original_furious_5) In a recent interview with HipHopDX, Scorpio said he feels Verzuz is one of the most important platforms to emerge since Soul Train and BET. He wants the chance to show the world where Hip Hop got its start. This is truly for us, by us, he says. Im not talking racial. Im just talking cultural wise. It came at a time when we needed it most. I would rather do the Verzuz, then actually perform at the Grammys. The Grammys has its place, but Verzuz is truly grassroots and you can tell its for the people, its by the people and it is what it is. If youre good, youre good and if you wack, you wack. Theyll let you know . After DX ran the original story, the post blew up and was covered by countless publications, getting Swizz Beatzs attention in the process. Its actually looking better and better, Scorpio says of the Verzuz potential. I actually heard back from Swizz, and hes running it by his team, just to make sure its the right time. But I really think its going to happen. Absolutely. He definitely received the letter. I actually sent to him a whole script of what the whole show would be. So what was on Instagram was just the first page of it, what yall had seen. He said he received it and hes going to run it by his team. To be honest, I cant really see why it wouldnt happen. Grandmaster Flash & the Furious 5, who received the Recording Academys Lifetime Achievement Award at the 2021 Grammy Awards, had an undeniable impact on the culture, which Scorpio believes is reason enough for the Verzuz to happen. He also notes age shouldnt be a factor considering Earth, Wind & Fire and The Isley Brotherswent head-to-head on the Verzuz platform in April. We just got the Lifetime Achievement Award and were still going to do that, but Im more excited about getting on Verzuz, he says. With us being the originators in the beginning of Hip Hop, people really dont understand just how much we really affect people globally to the point you have people rapping in their own language, all around the world. They rap in Japan. They rap in Germany. They rap in Africa in their own motherlands language. What we created started from the Bronx and now its global. To me, Verzuz is an extension of the Hip Hop icon platform. They definitely cant say were too old because they just had the Isley Brothers and Earth, Wind & Fire . The proposed lineup would just be Mele Mel and Scorpio for now. The Kidd Creole is currently incarcerated for allegedly stabbing and killing a homeless man, while Scorpio and Mele Mel arent exactly on speaking terms with Rahiem. We cool with Flash, hes doing his own thing DJ wise, traveling and stuff like that, he explains. Rahiem, we dont have a relationship with at all myself or Mele. No. No. We dont have one. But its OK. Its just like a relationship. Im quite sure you aint with first guy you started out with. Its the same thing. Its not that serious. Life moves on. Scorpio recognizes getting on Verzuz would help introduce The Sugarhill Gang as well as the Furious 5 to a whole new audience. After all, people born in the 1990s or 2000s might not know their Hip Hip history like in the case of Lil Yachty who admittedly doesnt find it that important to do his research. But Scorpio has even bigger plans. Theres so many new audiences and new promoters, he says. When they see us, in their mind, theyll be like. A-ha. Yeah. We can book them. Our real goal is what Im working on now. Im trying to see if we could become an opening act for somebody like Drake or Bruno Mars. Thats in my bucket list. Thats Scorpio personal bucket list. I want to be an opening act. Us, Furious with the Sugarhill for Bruno Mars or Drake or something.