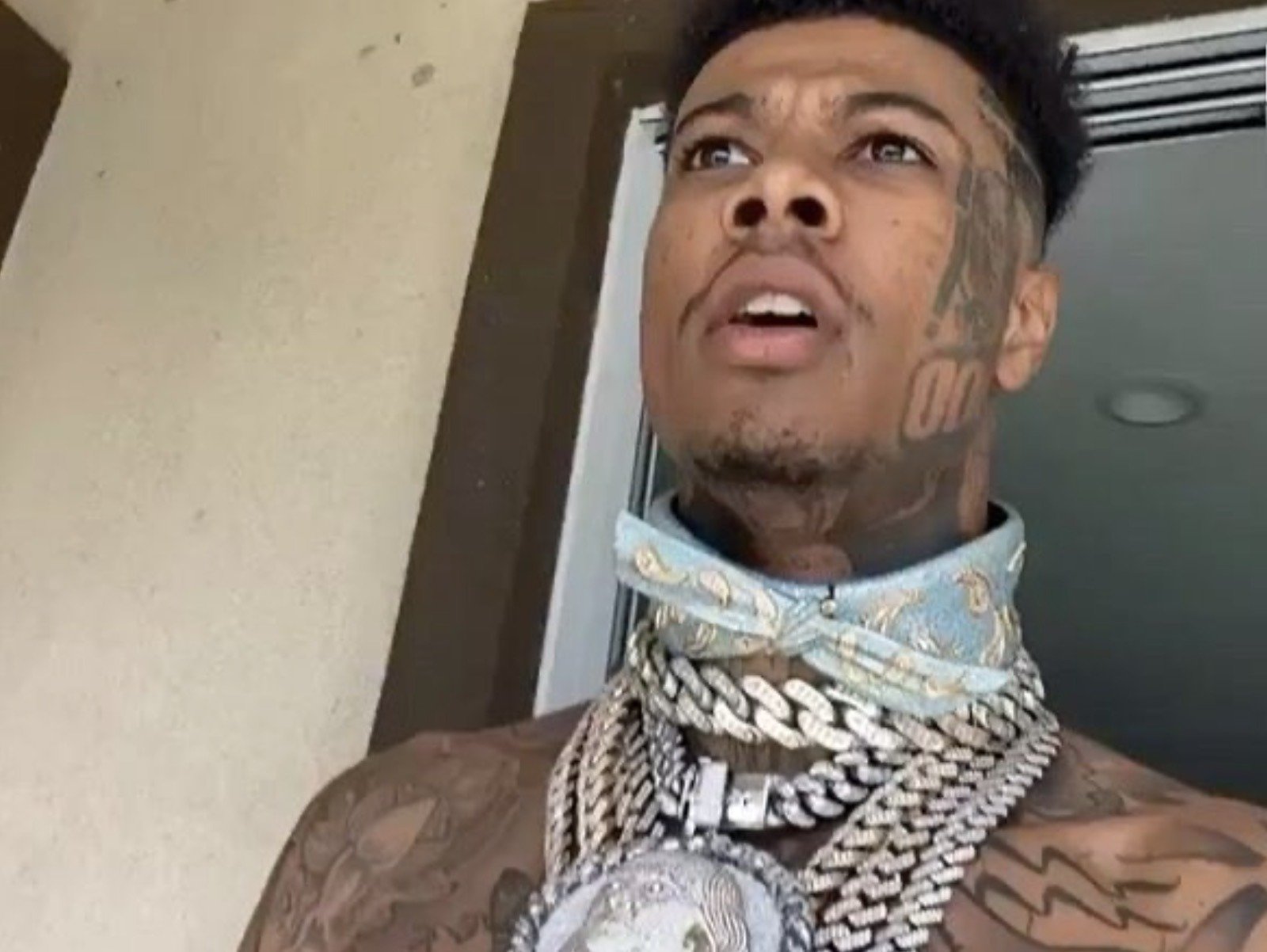 Just when you thought we were going to have a troll-free weekend, Tekashi 6ix9ine and Blueface happen. The East Coast and West Coast rappers have ignited an une

Share It appeared to all start with Blueface going viral courtesy of new video footage of himself getting the company name of an actual New York celebrity jeweler tattooed onto his head. No cap. The video instantly caught fire and sparked a flurry of online chatter. Now enter Tekashi 6ix9ine who commented on the video suggesting Blue probably owed NYC Luxury money for iced-out pieces and this was the only way to make things right. Of course this didnt sit well with Face. Blue struck back by getting extra personal with 6ix9ine. He shared footage of 6ix9ines ex-girlfriend, Sara Molina, who is also the mother of his child, begging him for child support Blueface also shared pictures of the alleged domestic violence injuries she received from the rap troll. He also released footage of a luxury jeweler claiming 6ix9ine had not paid for past ice. Not to be outdone, 6ix9ine claimed his former manager Shotti was responsible for physically hurting Sara Molina and also reenacted Blueface getting his head tattooed by suggesting he couldnt afford jewelry and also labeling him a one-hit wonder. Is this feud too cringe to keep tabs on or are you loving its entertainment value? Tell us what you think below.