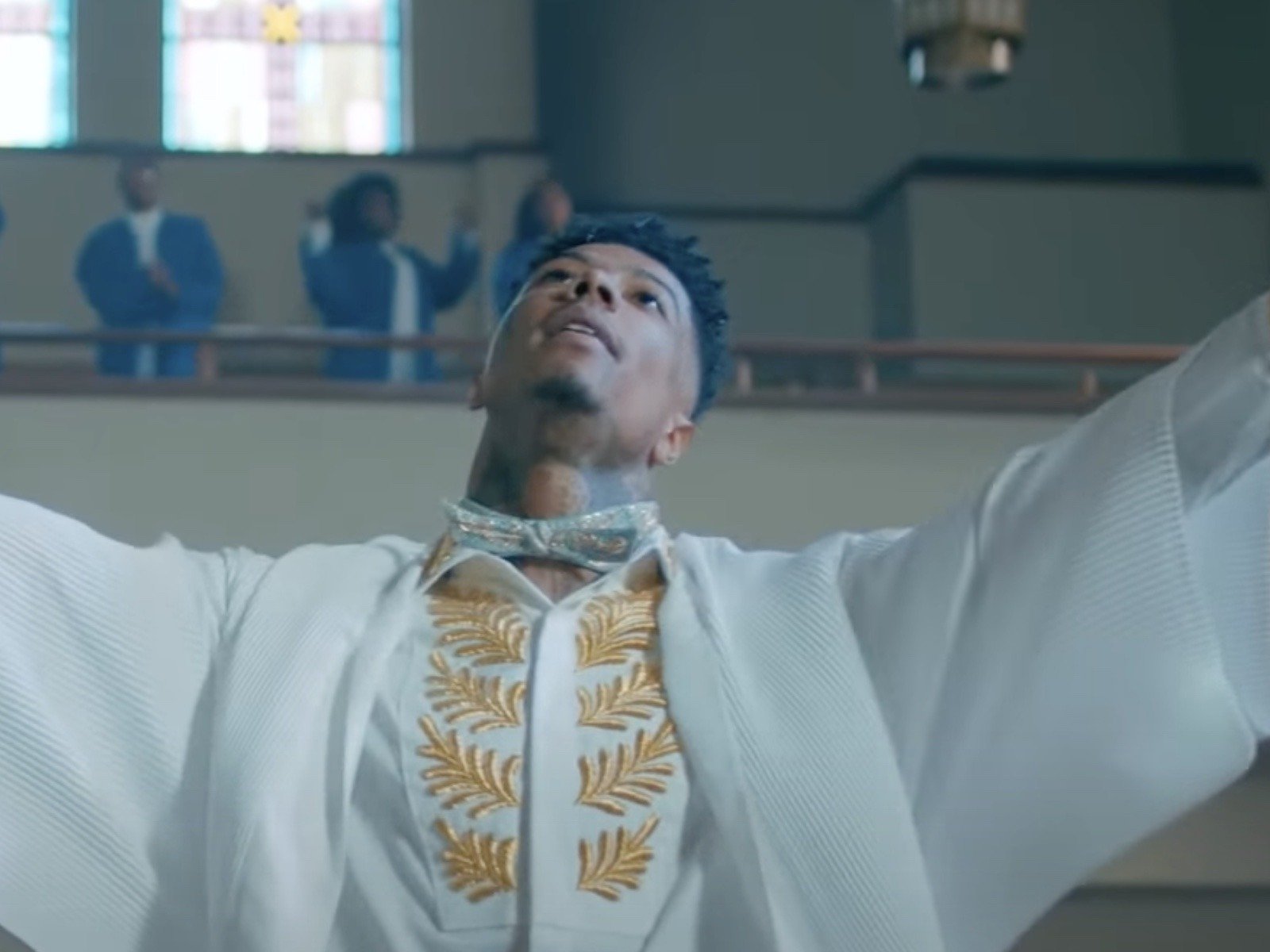 New York rapper Tekashi 6ix9ine and Blueface aren't backing down from each other. The hip-hop pair have continued to take their overnight feud with one another

Share Tekashi 6ix9ine + Blueface Are Still Feuding Blue initially struck by alerting his fans about Teks likely having something to do with his temporary Instagram page getting deleted. Face insinuated 6ix9ine tattled on him over their recent clashing. Pay close attention he reported all my post for bullying an deleted his skit playing victim like he did in court my IG be back up shortly Pay close attention he reported all my post for bullying an deleted his skit playing victim like he did in court my IG be back up shortly blueface (@bluefacebleedem) July 11, 2021 Instead of ignoring the accusation, 6ix9ine used the opportunity to defend his image and even get at hip-hop personality Akademiks for fueling their problems. He should tattoo Instagram on his head they might give it back to him. They just told me Ak stop posting me with this I know youre cool with the fight people who setting his fight up and HOPE I will ever give this man a career. I have 23 million followers he has 0. I have a net worth of 10 million his is 0. I have over 2 dozen platinum hits he has 1 song. You cant compete where u dont compare. Bluefaces Instagram Page Has Disappeared Again Heading into the weekend, Blue had kept this presence alivewith posts about his latest activities including his dicey war of words with 6ix9ine. Some content included domestic violence pics of Teks ex-girlfriend and daughters mother Sara Molina. As of Sunday (July 11) morning, the page no longer exists. Tekashi 6ix9ine + Blueface Have Cringe Beef Earlier the same week, tensions between Blueface and 6ix9ine appeared start when the West Coast rapper shared viral footage of himselfgetting a massive tattoo placed onto his head. Speculation developed about an NYC LUXURY ink job randomly getting inked onto him for the popular New York celebrity jeweler. However, Tekashi jumped at the opportunityto troll Blue over the footage. 6ix9ine speculated Blue owed money and had to sacrifice his body as a result of not having the funds to cover gems. One hit wonder problems Things didnt end there Blue stood behind his ink job and attempted to expose Tekashi with footage of his daughters mother Sara Molina dishing on a child support battle with him and alleged domestic violence pics. Tek countered by suggesting the Molina injuries came as a result of an alleged fling with his jailed former manager Shotti. Hours prior, Tekashi appeared to almost directly referenceBlueface and anyone questioning his money-generating ability. 6ix9ine announced a slew of upcoming concerts while walking around a million dollars cash and showing off luxury Louis Vuitton bags. Tekashi 6ix9ine + Jade Drop Stacks On Kids In late June 2021, 6ix9ine went to his Instagram pagewith footage of himself surrounded by tons of children. Along with giving them money for their parents, Tek received hugs from the appreciative kids. MEXICO IS SO FUN I love my people and I love that god has bless me to bless others HOUSTON TEXAS TOMORROW HUMBLE CIVIC CENTER