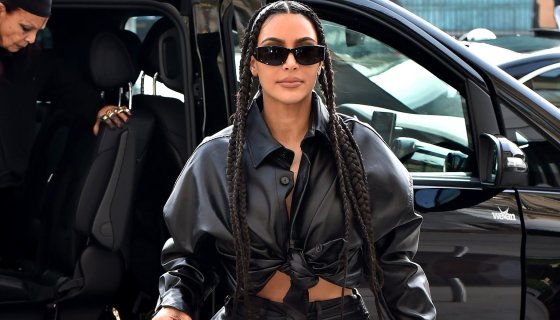 However, there are rumblings that he's got his eyes on a certain someone that, if true, would most certainly have the whole world in shock.

Rickey Smiley Morning Show Featured Video CLOSE Drake is enjoying another chart record after debuting in the first top three spotson the Billboard Hot 100, becoming the first artist to do so. However, there are rumblings that hes got his eyes on a certain someone that, if true, would most certainly have the whole world in shock. reports that a source told Heat magazine that the Certified Lover Boy artist has his sights set on Kim Kardashian who is in the midst of a divorce from her husband and alleged Drake rival, Kanye West. CLICK HERE TO DOWNLOAD OUR APP AND TAKE US WITH YOU ANYWHERE! Drake could never understand what Kim saw in Kanye he was saying for years how he wasnt the right guy for Kim and it would all end in tears, the source allegedly told Heat. They continued with, He was surprised it took her so long to realize and started messaging her the moment it became clear that the divorce was inevitable. Hes ready to see her whenever she says the word, basically, and hes confident that will happen fairly soon. The source went on to say that Kardashian isnt focused on a new romance and is wary of doing anything of the sort, opting instead to focus on her children and various interests. What makes all of this remotely interesting is Drake and Wests former beef that the Chicago producer mentioned in a series of tweets that have since been deleted. Drake also made mention of West by way of the track Wants and Needs featured on his Scary Hours 2 project. Yeah, I probably should go link with Yeezy, I need me some Jesus / But soon as I started confessin my sins, he wouldnt believe us, Drizzy rapped. If Drake and Kim Kardashian do indeed link up, itll be fireworks on every timeline known to man. But as it stands, this is all heavy speculation.