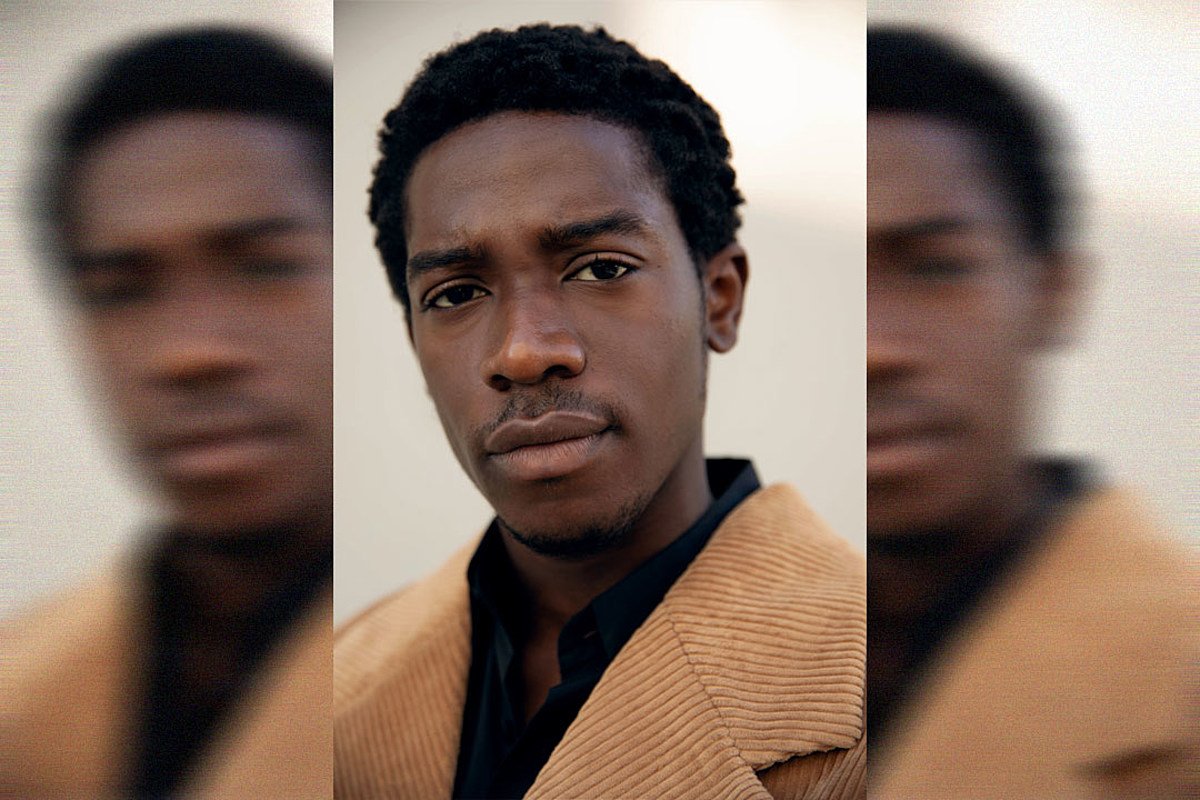 In XXL's Spring 2021 issue, Snowfall actor Damson Idris discusses his love for hip-hop, being a fan of rappers like 50 Cent and Kendrick Lamar and more.

Snowfall star Damson Idris uses hip-hop as a soundtrack for his life. Interview: Bianca Torres Editors Note: This story originally appeared in the Spring 2021 issue of XXL Magazine, coming soon. Damson Idris adoration for hip-hop has helped him with his role as Franklin Saint, his character on the hit FX series Snowfall. Born and raised in Peckham, U.K., Damson, 29, was first introduced to old school hip-hop by his older brother then later on to more current hip-hop by his friends. The actor was a huge fan of 50 Cent but also took to other U.S. artists such as Jay-Z Tupac Shakurand The Notorious B.I.G.along with U.K. artists like Giggs and Ghetts. Here, Damson discusses listening to classic West Coast hip-hop on set, his love for Kendrick Lamar and 50 Cent, working with WC and how hip-hop is his soundtrack for life. XXL: What was the hip-hop scene like in London when you were growing up? Damson Idris: Me and all my friends loved 50 Cent. Especially, when Get Rich or Die Tryin came out. Me and my close friend, we actually used to wear the G-Unit sneakers. Yeah, we were die-hard fans, man. I loved that whole album. It was mostly gangsta rap when I was growing up. But, on the U.K. side, my brother Giggs. Thats the music I loved. What was it about hip-hop that made you a fan? The thing that made me a fan of hip-hop was its unapologetically Blackness. Hip-hop was just itself. It was unapologetically hip-hop. Whatever that artist was feeling in that moment, that artist was going to say. That has complemented the roles I play, how I play them and the stories I wanna tell. The stories I wanna tell are unapologetic stories that talk about the Black experience and show us in our truth. Show us in our positive light and negative light, but above all things, show us in general. Snowfall takes place in Los Angeles during the 1980s. Do you listen to hip-hop from that era to prepare for the show? I listen to a lot of Ice Cube. His voice...when you put Ice Cube on, its like you instantly go into character, man. I was listening to a lot of Snoop , too, man. Thats my big bro right now. To be listening to him to get into character, now hes my friend? He texts me. Thats a crazy full circle moment. His and 187 and (Whats My Name?). All of that stuff really helped me. YG, The Game... Everyone out in the West Coast had a part in Franklin Saint. Youve worked with rappers on the Franklin Saint character, right? Wasnt WC your accent coach? Yeah, so John Singleton brought in WC in the beginning. Not so much for dialect because I already knew how to do the accent. Thats why they wanted to give me the part. It was more so just stories, the soul, the culture. There were stories and conversations that me and WC had that youd never know unless you were from that time. If youre from South Central, L.A. and youve got the part of Franklin, you would still be like, Let me see... Thats how rooted and authentic this man is. If you werent that age from that time, youll never understand. Youll always have unanswered questions. So, thats what I needed WC for in the first season. And then, I was like, Look, I need you here forever. Youre not going anywhere. Because when I see WC on set, I just feel safer. We all feel safer. I said, I got this, but every single actor who comes in here isnt from here. The same way you taught me to walk the walk, I want you to do that for them, too. Are there any rappers that youd like to meet one day that you havent already? I feel like Ive met every rapper from the top to the bottom. And, if I havent met them in person, theyve hit me on the DM to show love. Its such a pop culture show. Ill be hanging out with Tyler, The Creator to Diddy to Rocky, to whoever. To YG, to and OVO. Everyones really supportive of my journey. Is there a rap album that you cant live without? Kendrick Lamars .The Blacker the Berry is my favorite Kendrick Lamar song. Its safe to say that hip-hop is your playlist for the turn up. Spot on, yeah! When Im ready to flex. Check out more from XXLs Spring 2021 issue including Cardi B's cover story how rappers are legally making money from the cannabis boomand more. See Cardi B's Photo Shoot inXXL Magazine's Spring 2021 Issue Filed Under: