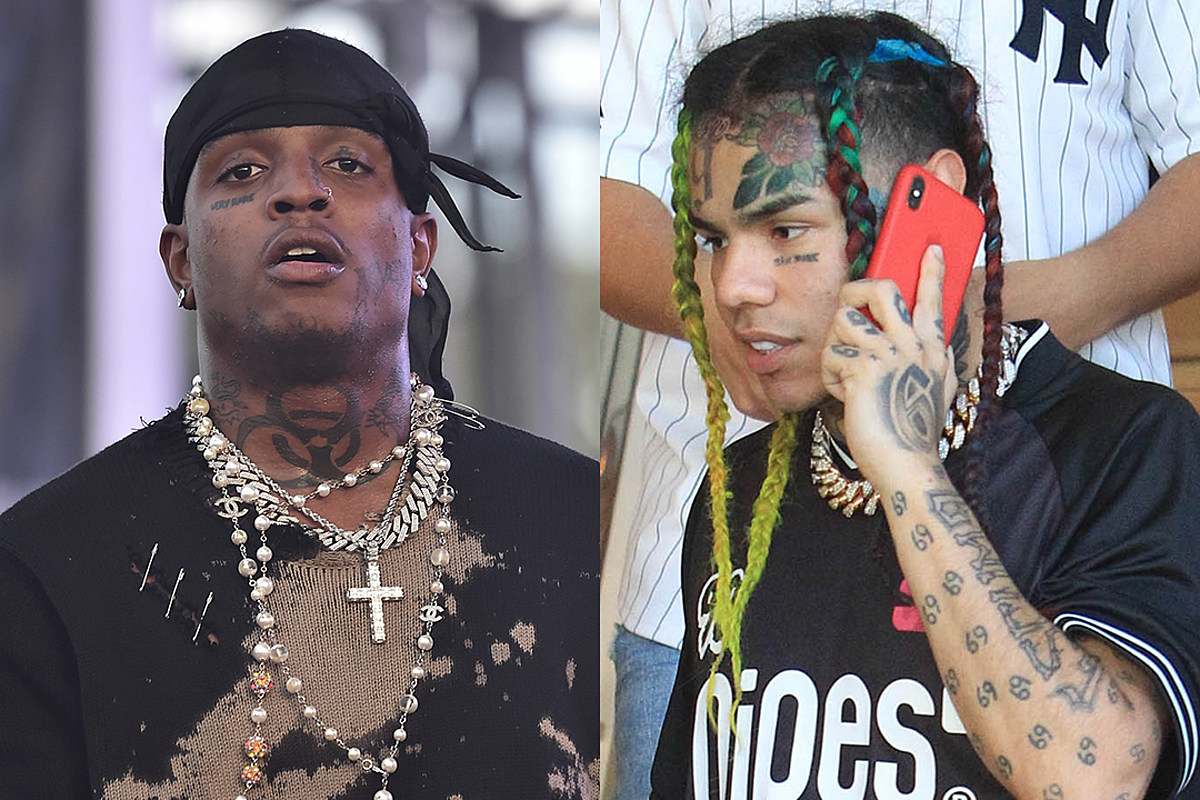 Ski Mask the Slump God has called out 6ix9ine after Tekashi paid tribute to XXXTentacion during a recent show in Miami.

2017 XXLFreshman 's tight friendship. Their relationship was actually closer to a brotherhood prior to X's tragic death in 2018, despite them briefly parting ways. The two Florida-bred rappers met at a juvenile detention center while Ski was doing time for weed and X was facing a gun charge. Once they were released, the artists formed a friendship, which became rocky in October of 2017. XXXTentacion claimed it was rooted in a lack of gratitude on Ski's part regarding business dealings. However, they came back together during Ski Mask the Slump God's set at Rolling Loud in Miami in May of 2018 just a month before XXXTentacion was shot and killed in Deerfield Beach, Fla. outside of a motorcycle shop 6ix9ine, on the other hand, has spoken on a time when X reached out to him in the past, suggesting they had some sort of bond as well. In July of last year, Tekashi sharedthe last messageXXXTentacion had sent himprior to 6ix9ine doing a bid for his federal firearms and racketeering chargesin November of 2018. It's worth noting that based on the way XXX wrote the message to Tekashi, it appears the New York City native was behind bars for a separate incident before X's untimely passing. . At the time, 6ix9ine hopped on IG to thank the ? artist for being present spiritually and also was grateful to be able to see his daughter again. See 10 Rappers Who Took Credit for Accomplishments They Didn't Really Earn Filed Under: