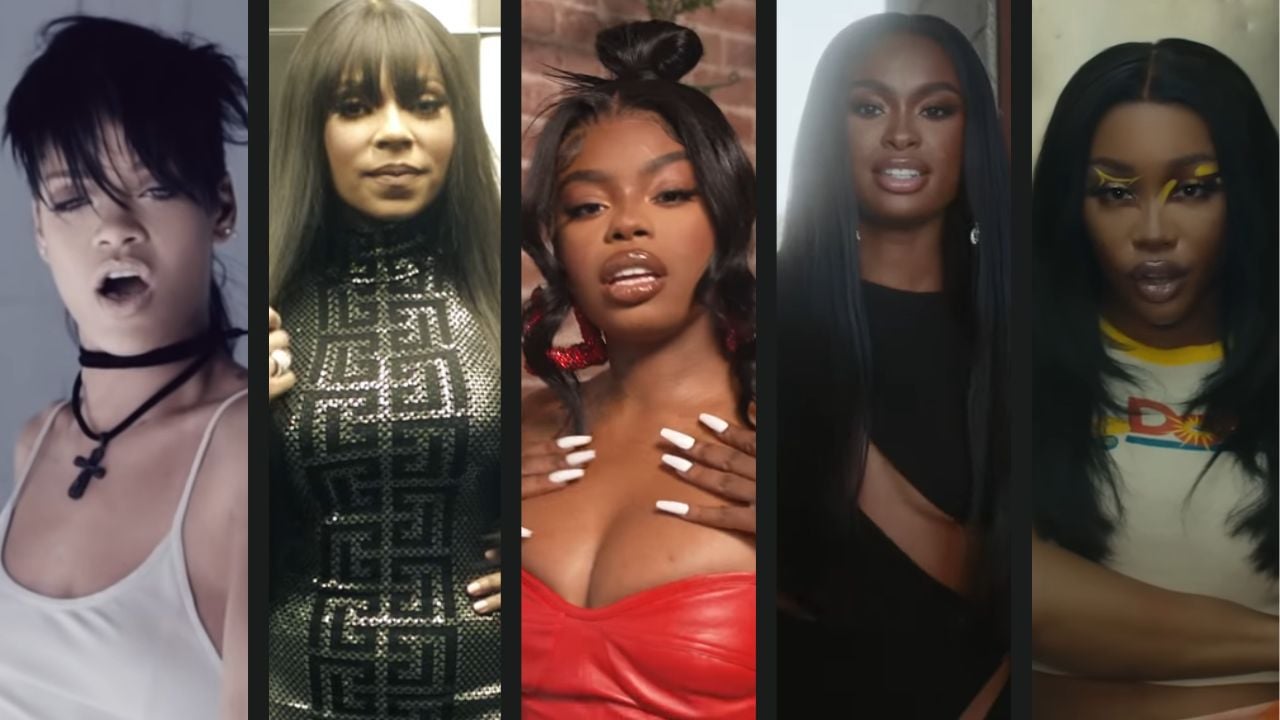 Though the month is coming to an end, these ladies are just getting started. With highly-anticipated comebacks and new drops, fans can agree that it was a

Share Rihanna Lifts Fans Up With New Heartwarming Track Over the last six years, fans have patiently waited for Rihannas return to the music scene. During her hiatus, the self-made billionaire kept her Navy fans pleased with the rise of her Fenty empire. However, Riri confirmed the wait is finally over after she recently teased new music for the Wakanda Forever soundtrack. Lift Me Up is an iconic return for the fashion mogul. Written by Nigerian singer-songwriter Tems, the heartfelt track reveal that Rihannas angelic voice is still more potent than ever. While many fans expected a signature upbeat track for Rihs return, others were thrilled with the breathtaking song, created in honor of the late actor Chadwick Boseman. With the upcoming halftime performance at the NFLs 57th Super Bowl next year, fans cannot wait to see whats next from the 34-year-old mother. Ashanti Releases Hit New Single After breaking her silence to reveal issues she experienced with Murder Inc label owner Irv Gotti, Ashanti continues to use her voice to reclaim her power in her new single Falling For You. The relatable track has the R&B songstress expressing how she will no longer accept being mistreated or slandered, and were here for it! The Foolish singer is an iconic act, and her fans are more than ready for the new to take over the R&B scene. Chle Bailey + Latto Collab For the Night When Chle Bailey drops new music, she never disappoints, and her hit single For The Night has fans ready for her debut album. The new track includes a feature from Southern Belle Latto, a dynamic duo we never knew we needed! The acting, wardrobe, vocals, and epic choreography Chle portrays throughout the video will have us all streaming this badass song all weekend. SZA Drops New Music Video + Its A Movie Fans are also patiently waiting for SZAs sophomore album. Until then, the Grammy-Award-winning singer is giving supporters a glimpse of her acting skills in her new music video Shirt. Also trending as #1 on YouTube, the visuals for this single executed the neo-soul artists creativity, and the short film idea was a genius move. Actor Lakeith Stanfield stars alongside SZA as the two take on a Bonnie and Clyde type of role throughout the video. Dreezy Is Feeling Blessed SOHH fam, watch out for Dreezy. The Chi-Town Emcee recently dropped a freestyle to Memphis rapper GloRillas hit track, Blessed. Hyping up fans in the comment section, Dreez went bar for bar with her freestyle, making many want to hear the two female rappers collaborate on a possible remix. SOHH, do we think the two may have a hit on their hands? Coco Jones Has Arrived Coco Jones is the definition of the New Era in R&B. The actress and singer are back with new music, which she delivered again. Cocos vocals and nostalgic vibe are unmatched. Her latest single, ICU, is a timeless record everyone can enjoy. Its safe to say the R&B Diva did her thing with this one. Mariah The Scientist Drops New Single After dropping a new music video earlier this week for her viral track Spread Thin. Mariah The Scientist keeps the momentum going by releasing the new single Bout Mine. The Atlanta singer continues to release hit after hit! Ice Spice Releases Track