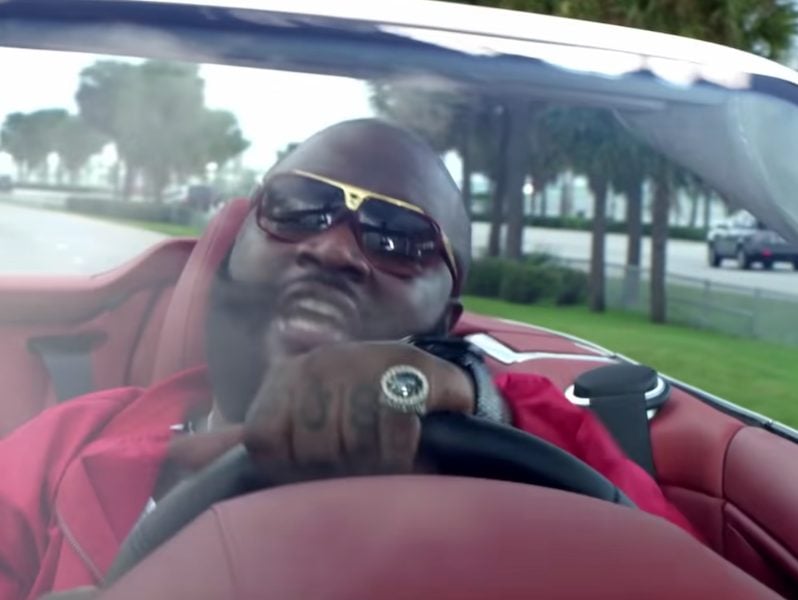 July 5, 2021 Rick Ross Links W/ Jay Leno In other news related to Rick, Renzel recently went to his Instagram page with a must-see shot.Ross acknowledged hooking up with former TV late night talk show legend Jay Leno over their love for fancy vintage vehicles. I thank Jay Leno @jaylenosgarage for bringing me and my team @geterk_183rd @iamlexpierrelouis to Burbank,California to film an episode starring my prized possession 57 Renzel built by @57freddy out of Miami.I got to ride thru Cali hills top down,windows up talking classic rides with the Legend today.Cool shit huh..episode coming stay tuned!!! Dade county just took it to another Level Rick Ross Saves At Least $1 Million Annually Yung Renzel recently talked about saving bankon doing a little landscaping of his own. Ross revealed he actually busts out the cutting tools to take care of his own lawn instead of paying out bundles of money on cutting the grass. When I bought the Fayetteville estate, locals would see me walk out of a restaurant and scream, You know Holyfield spent $1 million a year to cut the grass. So I decided that I was gonna cut my own grass. And thats what I did. I went down to John Deere and asked to see the biggest tractor, the most efficient tractor. I told them I had 200-plus acres that I wanted to keep cut, and they pointed out the right tractor. I may have sat in the same spot for two hours before I got everything working, but once I got it going, I didnt stop. I cut grass for about five hours. ( ) Lawsuit Claims Rick Ross No-Showed St. Louis Concert Cutting his own lawn could also help with major lawyer fees Before the COVID pandemic, Rick Ross was booked to perform at The Pageant in St. Louis, Missouri on Jan. 11, 2020. Promoters Antoine Meeks of Black Luxury Entertainment, and Orlando Watson of Rockhouse Entertainment, recently sued Ross for not showing up after they paid him half of his $60,000 appearance fee and covered other expenses. Ross failed to appear, the suit says, adding that the plaintiffs also spent $6,000 for the venue, $3,300 on Ross travel and accommodations, $4,100 on marketing and promotions and $25,000 for production costs. It says the plaintiffs have been damaged more than $74,000. (