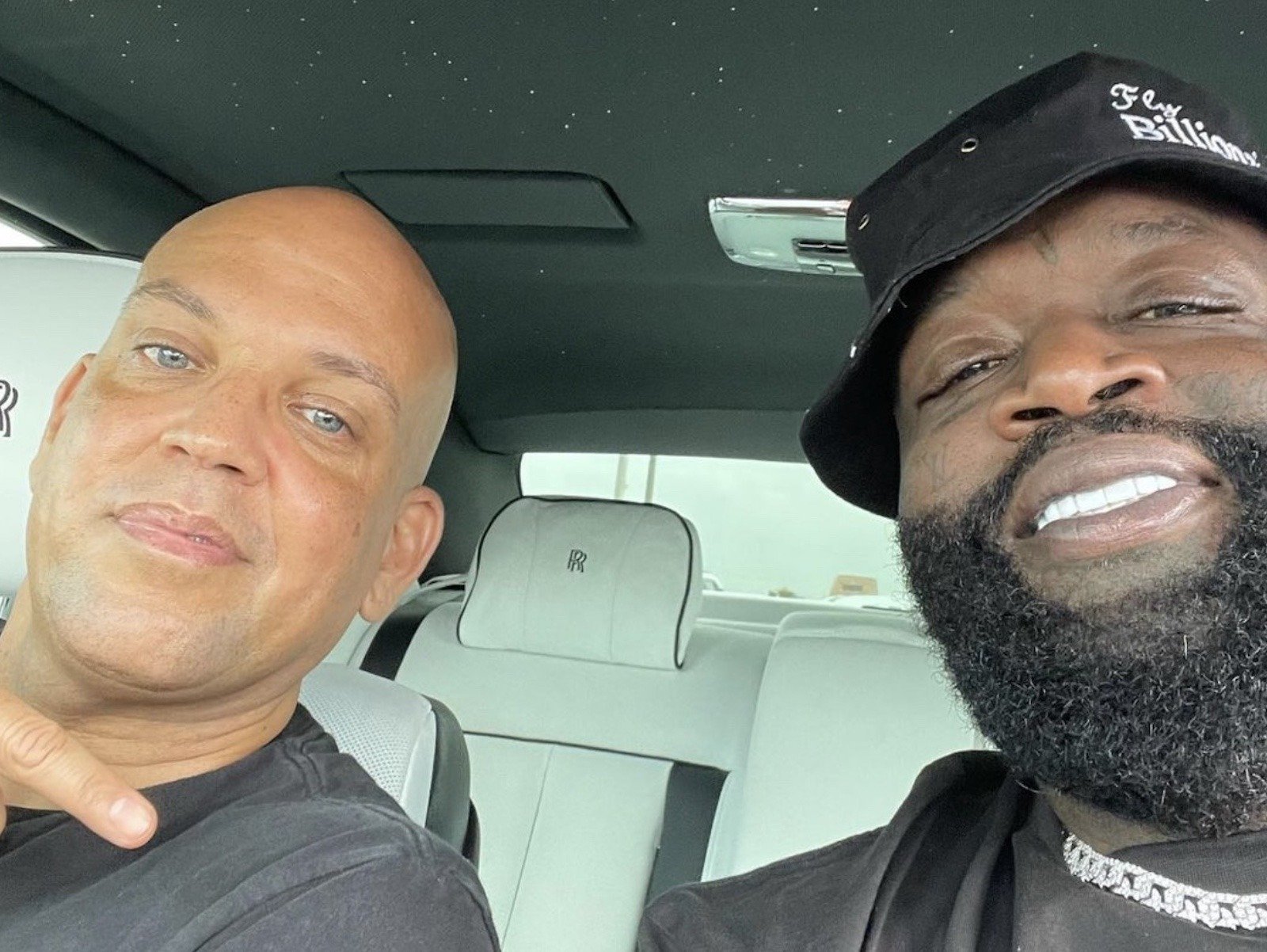 Rick Ross has big movie plans. Rick Ross Mansion Makes Money Rick Ross made headlines a few years agowhen he bought a Georgia property that had belonged to boxing legend Evander Holyfield. Recently, Ross made some of that purchasing price back by charging Hollywood studios almost $3 million to shoot on location. We may be able to work something out but I gotta be clear and make it clear this is what excitesRozay. And as soon as I say that number, its like BOW go off and the confetti falls. Rick Ross Scrutinized After Video Clip Surfaces A few months ago, Ross caught serious backlashafter an old clip of his appearance on VH1s Signed re-emerged. People are citing the performances from contestants Just Brittany and Kaiya, in which Kaiya said Ross shut down her performance because he was focused on Brittanys butt. My song is original. I wrote it myself. Brittany used the same exact melody and the same ad-libs. You didnt change anything. I think he was so blinded by the butt that he wasnt paying attention like that. Kaiya Twitter Goes Off On Yung Renzel Twitter users had gone off on Rick Ross. He sparked comparisons as to being the music version of convicted sexual predator Harvey Weinstein, with many saying while on the show he was too focused on the look rather than the performance. Anybody trying to argue against #Colorismshould just look at this and shut up. Its so real. Aint NO way @theartistkaiyaversion didnt eat the other one. Rick Ross disgusts me. What the actual f*ck is this????? And for The Dream to co-sign Rick Ross sh*tty take on that second girls clear vocal talents over the first girl is maddening. Rick Ross is the Harvey Weinstein of the music industry and hes admitted to it. Hes only going to sign a woman to his label if she f**k and s**k him. Plain and simple.