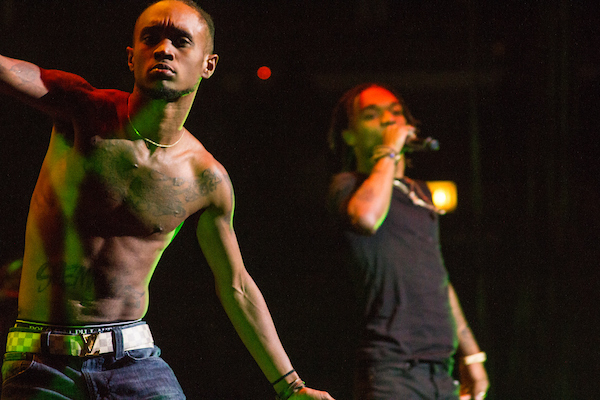 The Magazine of Hip Hop Music,Culture and Politics | Rae Sremmurd has reached an agreement to pay back the money they received to perform at Fyre Festival.

Share: Link copied Rae Sremmurd has reached an agreement to pay back the money they received to perform at Fyre Festival. The trustee handling the account, Gregory Messer reportedly settled with the rap duo for $18,000. The settlement with Swae Lee and Slim Jxmmi is just one of many that Messer is seeking. Like many artists, Rae Sremmurd was paid a deposit with the expectation of performing at Fyre Festival in 2017 but the actual event was almost comically mishandled leading to every artist bailing on the performance. Migos were also sued and settled their case in March reportedly agreeing to pay back $30,000 of the $100,000 they were paid to perform. Messer is also seeking payment from Kendall Jenner, Blink 182, and Emily Ratajkowski. The founder of Fyre Festival, Billy McFarland was convicted and sent to jail for 6 years on fraud charges after finessing thousands of dollars from music fans who flew to a remote island in the Caribbean for the event. Advertisement Upon release from jail, McFarland is obligated to pay $26 million in restitution. X