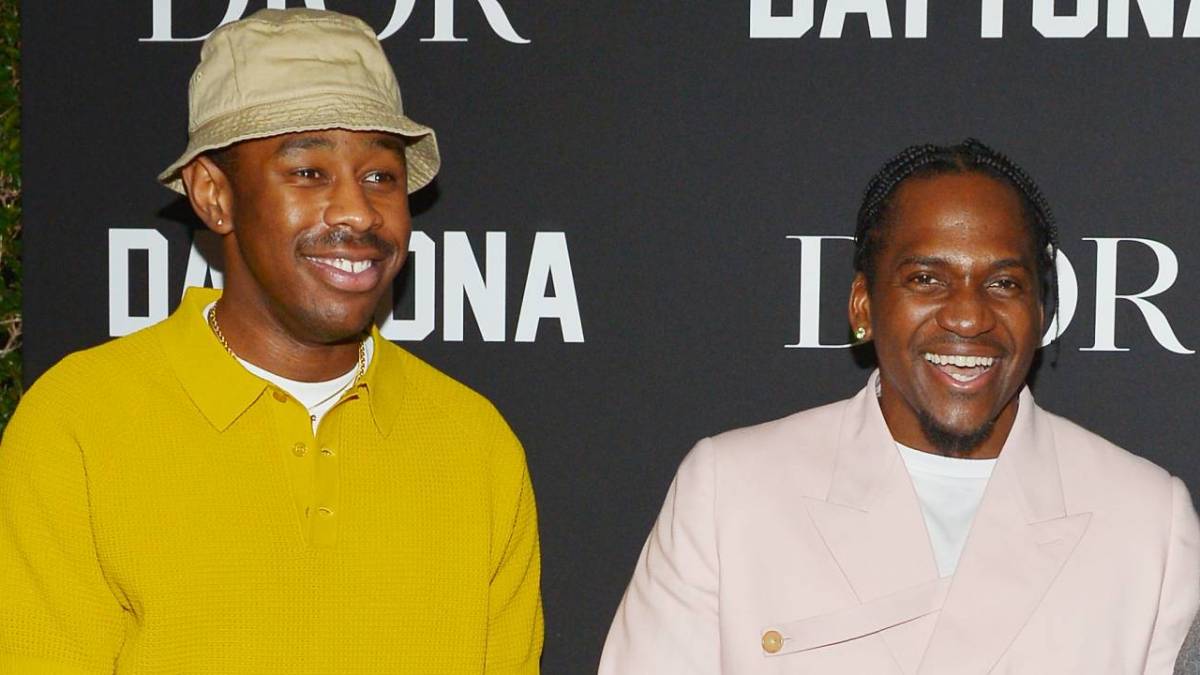 Pusha T gave Tyler, The Creator's 'CALL MY IF YOU GET LOST' a major co-sign on his Pop Smoke and Kanye West collaboration, 'Tell the Vision.'

decided to give Tyler, The Creatora major co-sign on Tell the Vision, a collaboration with Pop Smokeand Kanye Weston the late Brooklyn rappers second posthumous album, FAITH, which arrived on Friday (July 16). On a beat produced by Kanye, Boogz, Rico Beats, SethInTheKitchen, FNZ and Jahlil, he declares Tylers CALL MY IF YOU GET LOST the best album of the year but only for a moment. Pusha makes sure to give Pop Smoke credit while plugging his own album for a 2021 release. Look, Tyler got the album of the year, for now, he raps. But Pop about to drop, I see the platinum in the clouds/Now Push about to drop, so real trappers stick around/The crown is only for the king, they tryna place it on a clown. Pusha T previously collaborated with Tyler, The Creator on Trouble on My Mind off 2011s Fear of God 2: Let Us Pray over production from The Neptunes. Tyler has a real competitive attitude, Pusha told Genius . And I felt like he was really gliding on that track. Tyler is a historian. My biggest issue with some newer artists is that they dont know the history. He continued, Tyler has knowledge on everything and everybody, especially production. Of course his Neptunes catalog is stupid. During a Discord AMA sessionin March 2020, Pusha T revealed Tyler, The Creator had sent him nine instrumentals to be in contention for his upcoming album. Tyler gave me a pack of like nine , he explained. I think I did like four of em. And I dont know where theyre gonna end up at, but I got em. I make him go straight Hip Hop, like, full-fledged. Its full ignorance with me. I dont want to experiment. I want to do only the filthiest of Hip Hop these days.