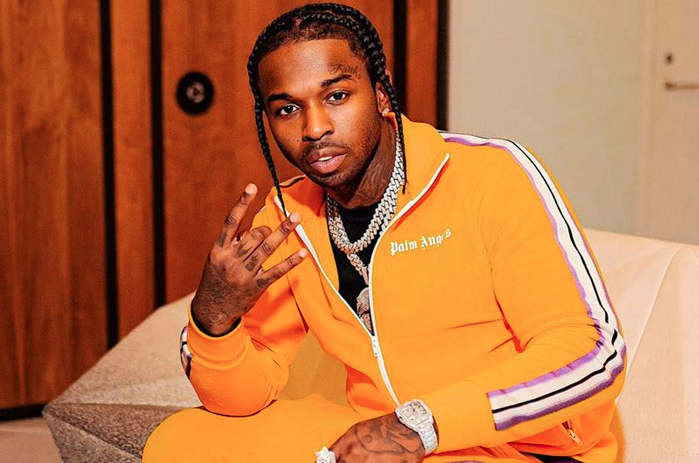 Visit streaming.thesource.com for more information The above statement comes from a now-deleted Instagram post from one of the suspects charged with murder in the shooting death of Pop Smoke in February 2020. According to confirmed reports, a 15-year-old suspect admitted to firing the fatal shots that killed the blossoming Brooklyn rapper, saying, he shot the victim three times with a Baretta 9. Advertisement One of the suspects took his opinion to IG, saying he can deal with the time hes facing and added F*** Carlos Camacho, the LAPD detective who testified at the hearing of 20-year-old Corey Walker. F*** Carlos Camacho Ill take the 7yrs, wrote @superstrategic on Instagram. Free da homies Ill home soon 5yrs at da most #F***POPSMOKE. Three adults and two minors have been arrested in connection with the killing of Pop Smoke, who have all been charged with murder.