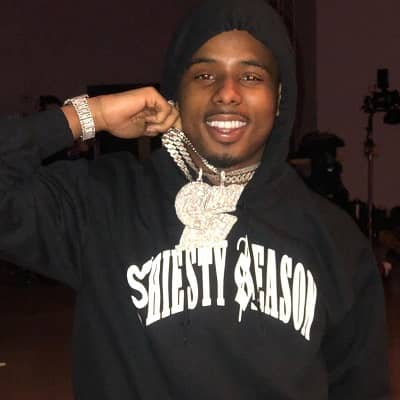 Visit streaming.thesource.com for more information On Thursday, a judge denied Poohs bail in connection to the King of Diamonds nightclub shooting last October. In addition to the denied bond, prosecutors are also investigating why the 22 year old rappers alleged victim recanted his statement.This is very concerning to me. Our office is obviously investigating it, Miami-Dade prosecutor Ruben Scolavino told Circuit Judge Ellen Venzer. Since his arrest earlier this month, the judge has held the Back In Blood rapper with no bond. But this week Poohs defense attorneys asked his judge to reconsider after saying they interviewed the eye witness and security guard that evening, Frivin Dor and he recanted his statement and does not wish to prosecute Mr. Williams professionally known as Pooh Shiesty. Advertisement According to the original arrest warrant, Miami-Dadepolice reported that Dor, tried ushering the rapper out of the club, while putting his hand on the firearm tucked in Williams waistband to stop him from pulling it out. Angered, Williams took out the gun and fired one shot hitting Dor in the ankle. According to a motion filed in court, Dor claimed in shocking testimony that he didnt remember talking to Miami-Dade detectives because he was drugged up on pain killers at the hospital. Dor claimed that Williams never pointed the gun at him and most importantly he is unsure as to who actually shot him, the motion said.