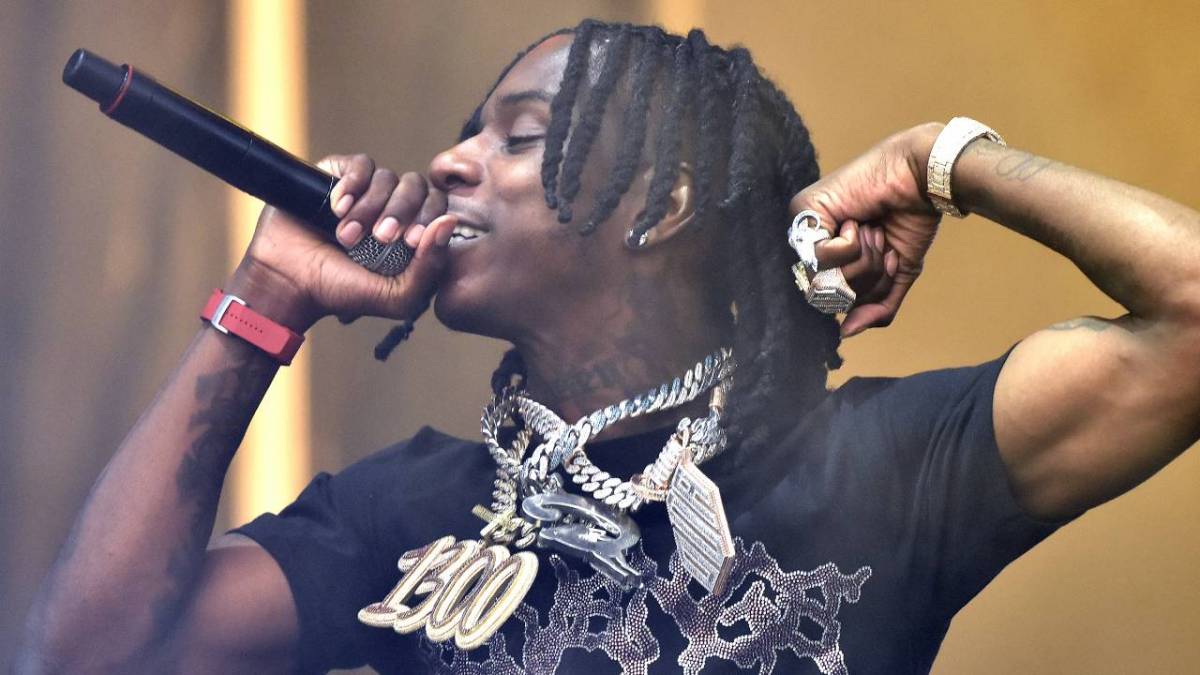 Polo G hit the Rolling Loud Miami stage over the weekend and he was greeted with some new bling when he finished his set.

DaBaby Reveals He's A Trump Supporter: 'N-gga Let Kodak Out' Tim Mosenfelder/WireImage Polo G Left Speechless After Receiving Iced-Out Rolling Loud Chain: 'I Dont Even Know What To Say' Published on:Jul 26, 2022, 1:09 PM by 1 Miami, FL Polo Ghit the Rolling Loud Miamistage over the weekend and he was greeted with some new bling when he finished his set. ShopGLD gifted the Chicago native with an icy Rolling Loud chain on Saturday (July 23) and he was dumbfounded by the size of the massive RL pendant. I dont even know what to say, man, Polo said in shock while staring at the piece. I just been getting so many awards on this journey. I love Rolling Loud, man. View this post on Instagram A post shared by GLD (@shopgld) Polo also sat down with Rolling Loud for an interviewwhere he teased his upcoming album which will be fully produced by Southside. The project is due out later this year. I got an album that Im dropping with Southside, he said. The name to be announced, but its a lit project. This some of my coldest shit Ive dropped in a minute. Im back in my bag. Polo G wasnt the only artist to receive a chain as Lil Baby was hooked up with some thick ice to wear around his neck courtesy of the -supported ShopGLD. In the clip of Baby, fans get a better look at the RL Miami pendant. View this post on Instagram Babys good friend and NBA superstar James Harden was in the buildingas well and he can be spotted at the start of the clip welcoming the 4PF boss to the GLDGang. The Yes Indeed rapper