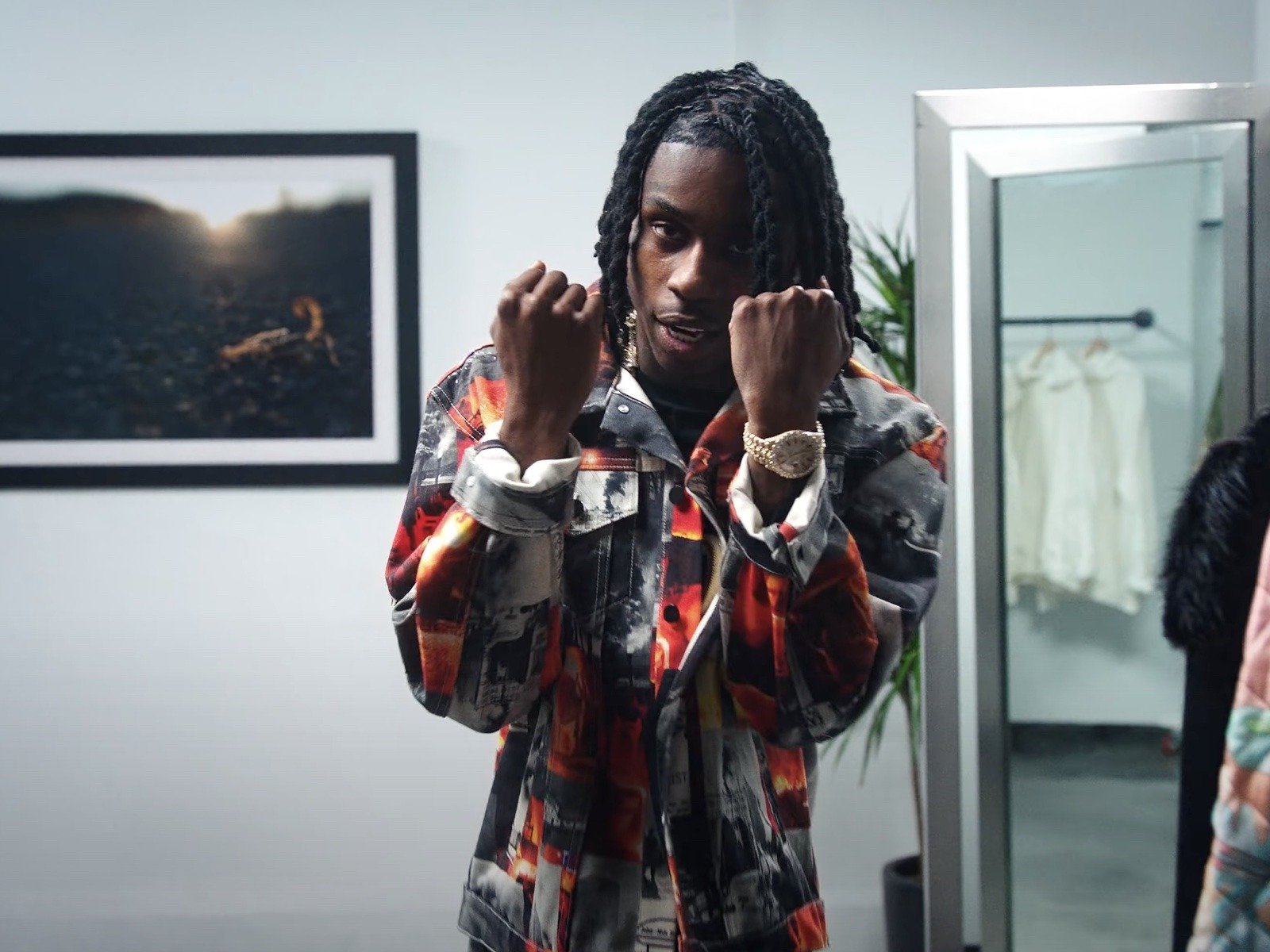 Chicago rapper Polo G isn't down to go for the easy way out in life. The hip-hop star has come forward to share his personal issues with people selling their so

July 8, 2021 Polo G Demolishes Everything In Sight Despite facing stiff competition in the form of Migos and Kodak Black projects, Gs recent Hall of Fame debut studio album made it a no-contestwith well over 140,000 sold copies in its opening week. The project has enjoyed international success with major support from multiple countries. Polo Gs critically acclaimed new albumHall of Famehas debuted at #1 on the Billboard Top 200 Album chart with over 143,000 consumption units, achieving his first #1 album.The impressive U.S. debut comes hot on the heels of Polos massive international success where the album has entered charts around the world including #2 in New Zealand, #3 in the UK, Australia, Ireland, Netherlands & Norway, #6 in Belgium, #8 in Sweden and #28 in Germany. Both of his previously released albumsDie A LegendandTHE GOATdebuted top 10 on the Billboard Top 200 Album chart and have remained on the chart since their release, withDie A Legendrecently celebrating a full 2 years on the chart. Polo is no rookie to success. His RAPSTAR single recently toppled its competitionon the Billboard Hot 100 chart. The #1 U.S. album debut follows the success ofhis history-making single RAPSTAR which spent 2 weeks on top of the Billboard Hot 100, making him the only male debut to spend 2 consecutive weeks at #1 on the Hot 100 this year. RAPSTAR is only the 22nd song in history to debut at #1 on the Hot 100 and log a second consecutive week on top. The track is already certified PLATINUM by the RIAA with over one million units in consumption and has amassedover 400M audio/video streams globally to date. Polo G + Migos Massive Projections Based on initial early predictions, Polo G was expected to have zip-zero problemsdebuting atop the chart. His Hall of Fame album was set to sell possibly sell around 150,000 copies in week 1. Migos were expected to follow closely behind with easily more than 120,000 sold units. Polo G will land his first #1 next week as Hall of Fame (Columbia) pulls ahead after its first full day of sales and streams. Migos will score the second-biggest debut of the week with Culture III (Quality Control/Motown). Polo G (Columbia): 165-175k total activity; 4-7k albums Migos (Quality Control/Motown): 125-135k; 5-8k Maroon 5 (222/Interscope): 29-33k; 11-14k Twice (JYP/Imperial): 30-35k; 27-32k Bo Burnham (Imperial): 24-27k; 2-3k ( ) Arrested In Miami During Traffic Stop The huge projections followed a recent nasty run-inwith law enforcement for Polo G. The Chicago rap star born name Taurus Bartlett had performed his hit single Rapstar on The Tonight Show With Jimmy Fallon, then attended his album release party in Miami. After leaving the party, he was pulled over around 12:30 a.m. for an unspecified traffic infraction, according to the police report. During the stop, a struggle ensued between Polo G and officer Brandon Carrero. According to another officer on the scene, the rapper was throwing elbows and struck Carrero multiple times. According to the report, after Bartlett was in custody he shouted to the officer, I will kill you, I swear I will use these fists to beat the sh*t out of you and knock your a** out. (Miami Herald)