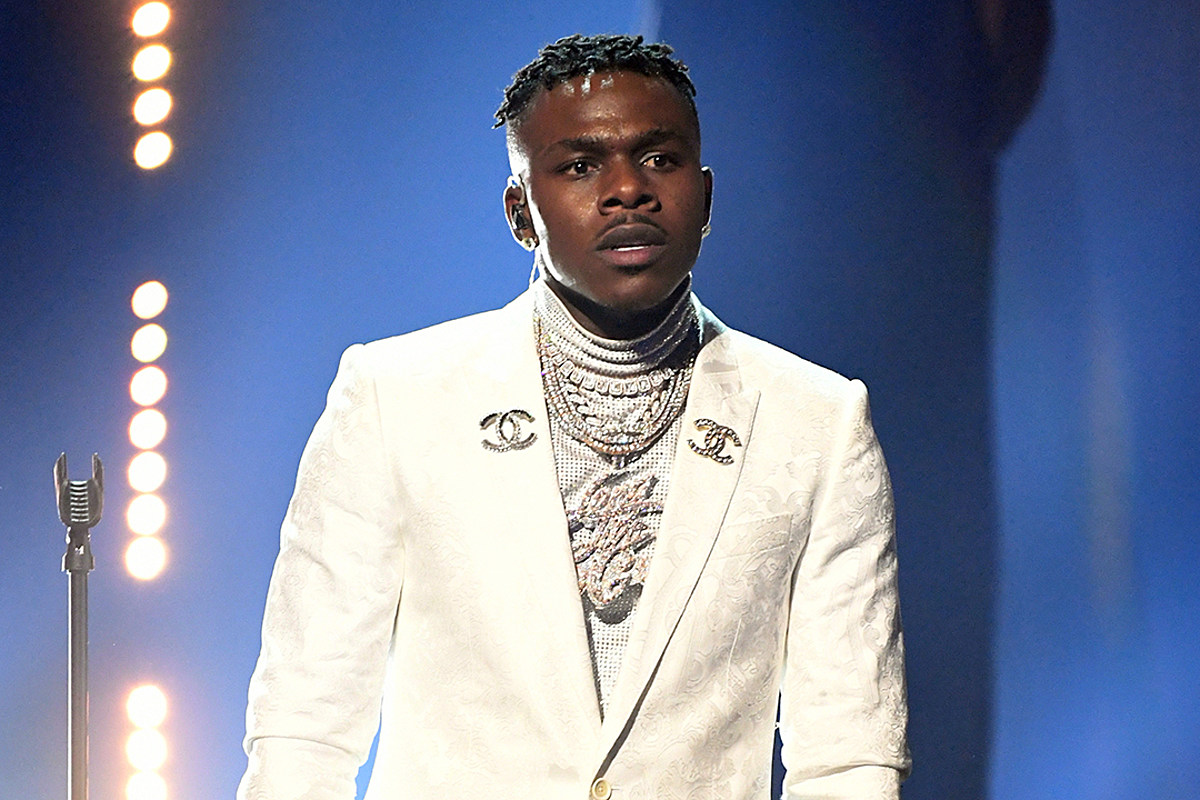 TWEET UPDATE (June 1): According to tweets shared by the Miami Beach Police Department this afternoon, DaBaby has been released after being interviewed by detectives. Law enforcement also announced that they have two suspects in custody who they believe are responsible for the shooting that took place on 1st Street and Ocean Driveyesterday evening. A series of prior tweets reveal that the MBPD responded to multiple 911 calls about a shooting near 1st Street and Ocean Drive at 11:35 p.m. last night. The two injured victims were transported toJackson Memorial Hospitals Ryder Trauma Unit with one individual sustaining a shoulder wound while the other suffered a leg wound. Arrest details will be offered once the investigation into the shooting is complete. ORIGINAL STORY: DaBaby is reportedly being questioned by police following a shooting in the Miami Beach area over the Memorial Day holiday weekend. According to a report from TMZon Tuesday (June 1),officials from the Miami-Dade Police Department spoke with the North Carolina rapper on Monday night (May 31) regarding a shooting that took place outside of several restaurants in the city's tourist area. Additional reports note that the incident occurred outside of Prime 112 restaurant in South Beach. DaBaby 's involvement in the incident is unclear. However, detectives are reportedly in the process of following leads pertaining to the shooting, which left two individuals injured. Several people have been detained, but the outlet reports that no arrests have been made. As far as the condition of the victims, one person has supposedly been treated at a local hospital and released. The second unnamed person reportedly remains hospitalized and is in critical condition. Though DaBaby has steered clear of legal issues over the last few months, back in February, he was accused of punching a rental property owner in the mouth and knocking out the owner's tooth The incident reportedly happened in December of 2020, after the owner attempted to stop Baby's music video shoot due to the rhymer violating the terms of the home's lease by having too many people at the property. The homeowner claims that due to COVID-19 protocols, the house was limited to 12 people, but the Grammy Award-nominatedartist reportedly had 40 people. In January of this year, DaBaby was arrested while shopping on Rodeo Drive in Beverly Hills, Calif.after police discovered a gun in his car. The Billion Dollar Baby Entertainment CEO was browsing at the Moncler store prior to him being stopped and searched. Reports claim someone at the retail store informed police that DaBaby had a gun. XXL has reached out to the Miami-Dade Police Department and a rep for DaBaby for a comment on him being questioned in regards to the shooting on May 31. See How Much It'll Cost to Get a Verse From Your Favorite Rapper Any guesses on dollar amounts before you look? Filed Under: