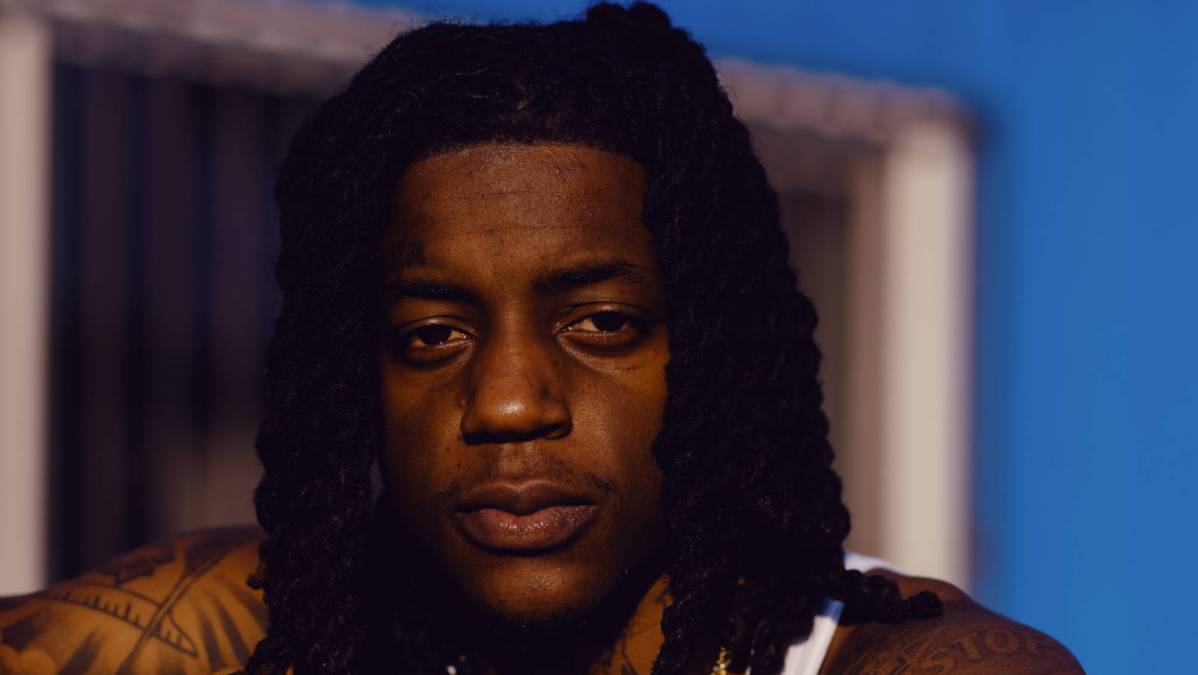 Luh Soldier to Seddy Hendrix and Duggs 4PF labelmate Rylo Rodriguez. Despite fans speculating about if Peezy had beef with Ricch or Dugg, he says people are jumping to conclusions without facts. I dont have no smoke with Roddy Ricch, he says. I dont have no smoke with 42 Dugg. Nobody from CMG , no none of that. They love me over there in Roddy Ricch hood; I love them back too. But you know, the internet will try to run with it and try to make their own story and shit. But I dont have no problem with them people and they dont have no problem with me. Like real talk, it really isnt no beef; never was no beef. Peezy says the first day he met Ricch and Dugg in person was at the music video shoot. Hes currently out on bond with the case ongoing but must wear an ankle monitor and go without a passport as the legal system looks into what happened. For Peezy, this came at an inopportune time four days before his latest album, Too Deep For Tears , was scheduled to drop. Instead of delaying the project, he decided to release it as scheduled. To Peezy, delaying the music wouldve shown a sign of weakness. I feel like they trying to stop a n-gga, Peezy says with contempt. They cant ever stop the n-ggas dream. Hell no. And then, you know, I still got my son to feed. Man, I got bills and shit. Born LeParis Dade, OMB Peezys issues with the law date back to his formative years growing up in the streets of the South. Peezy spent his childhood in Mobile, Alabama and says that town left a permanent imprint on him. Mobile part of the struggle, Peezy says. We dont have too much of nothing unless you getting it out the streets. Like growing up down in that muthafucka, it was normal. You in that shit, you dont know an alternative until you see different. He left the trenches of Mobile when he was 12 for the allure of the West Coast. His mom, whod recently been released from jail, asked him if he wanted to start a new life in Sacramento, California. His response was simple: Hell yeah. A few days later, his mom and aunt rented a U-Haul van and drove all the way to California with him and his little cousins sitting in the back. At first, he found it difficult picking up the West Coast lingo and assimilating into the lifestyle but soon figured it. Im an Aquarius, he says. We adapt to shit. OMB Peezy had one more issue to tackle his name. Peezy says he used to get clowned when adults read his birth name aloud and he was tired of squaring up with other kids because of it. I got a girls name, you feel me, Peezy says in jest. I didnt like that shit. You know how many fights I had to get into because of that fucking name? In juvenile hall, Peezy got into dustups as a kid, leading to on-again, off-again run-ins with the law. For the last seven years, Peezy has been under probation for simple battery and other minor crimes committed when he was a teenager. After a long time dealing with the police, he thought he was free to live his life without interference. But two days after getting off probation, he found himself caught up again. As soon as I get off, its like Im on an ankle monitor; Im back in it, Peezy says in an exasperated tone. I cant go nowhere. I couldnt even enjoy my freedom. The frustration boils over from a life under the microscope of law enforcement as he continues being trapped in its vicious cycle. Music was the way out for Peezy and he uses his latest album to give voice to these agonies and other traumas he continues to battle. Many songs on the album touch on these themes, but its Soul Ties that gets to the heart of Peezys mistrust. Throughout the track, he details navigating betrayal and his paranoia about people who dont have his best interest in mind, sung with earnest melancholy as if he cant sleep without one eye open. His gifts as a rapper have allowed him to ease the agony caused by the systems tight chokehold. But when he speaks about his stint in prison, its the one time during the conversation where Peezy isnt smiling or cracking jokes, remembering the pain suffered during those years. My number in California was 4811531; I know that muthafucka by heart, Peezy says sternly. I been knowing that muthafucka since I was 15. Once you in that system, you in that muthafucka. They dont give a fuck if you a rapper. They dont give a fuck if you done changed your life, and you got a career. You still a felon in them peoples eyes, you still a number. While the case has yet to go to trial or move forward, Peezy says hes not worried. Right now, hes focused on releasing the deluxe version of his album, headlining shows with 10,000 people and partying with beautiful women. Time will tell if he gets the chance. Revisit Too Deep For Tears below. Subscribe to DX Newsletter Get The Most Important Stories Of The Day Straight To Your Inbox Thank You! Thank You! Thank You! Youre Far Too Kind To complete the subscription process, please click the link in the email we just sent you. Joining Newsletter