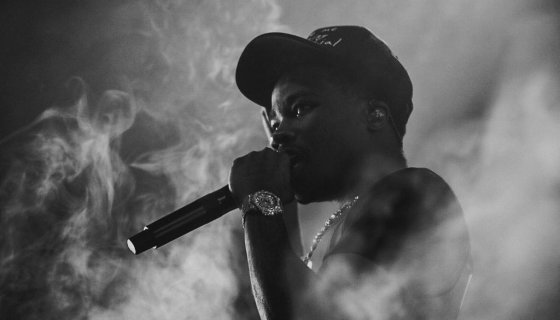 OMB Peezy is denying any beef with the two rapper after his March 1 arrest in Atlanta for a shooting that happened on the set for the video shoot for 42 Dugg and Roddy Ricchs song 4 da Gang that left three people injured from the gun fire.

Source: Kevin Rawls / Radio One Digital Does OMB Peezy have smoke with Roddy Ricch and 42 Dugg? In a recent interview with HipHopDX the Sacramento rapper is trying to quiet that talk denying any beef with the two rappers after his March 1 arrest in Atlanta for a shooting that happened on the set for the video shoot for 42 Dugg and Roddy Ricchs song 4 da Gang that left three people injured from the gunfire. I dont have no smoke with Roddy Ricch, OMB Peezy said. I dont have no smoke with 42 Dugg. Nobody from CMG, no none of that. They love me over there in Roddy Ricch hood; I love them back too. The shooting opened up speculation about OMB Peezys relationships with the rappers and his involvement on that eventful day. According to Complex there was no knowledge of any prior beef between any of the camps in question and the Too Deep For Tears rappers first time meeting Roddy Ricch and 42 Dugg was on the day of the shoot. OMB Peezy, real name LeParis Dade, is facing multiple charges related to his arrest in Atlanta including aggravated assault with a deadly weapon and possession of a firearm during the commission of a crime, according to the Associated Press He was released from Fulton County Jail in Atlanta on $60,000 dollars bond, forced to surrender his passport and has been ordered to wear an ankle monitor until his court case is resolved. He continues to maintain his innocence and denies any involvement in the shooting. I was just trying to figure out what the f*ck was going on, why the police at my door for, he told HipHopDX Because if I done did anything, I would have been gone. If I was guilty of anything, you wouldnt have caught me at my muthaf*ckin house, straight the f*ck up. HipHopWired Radio