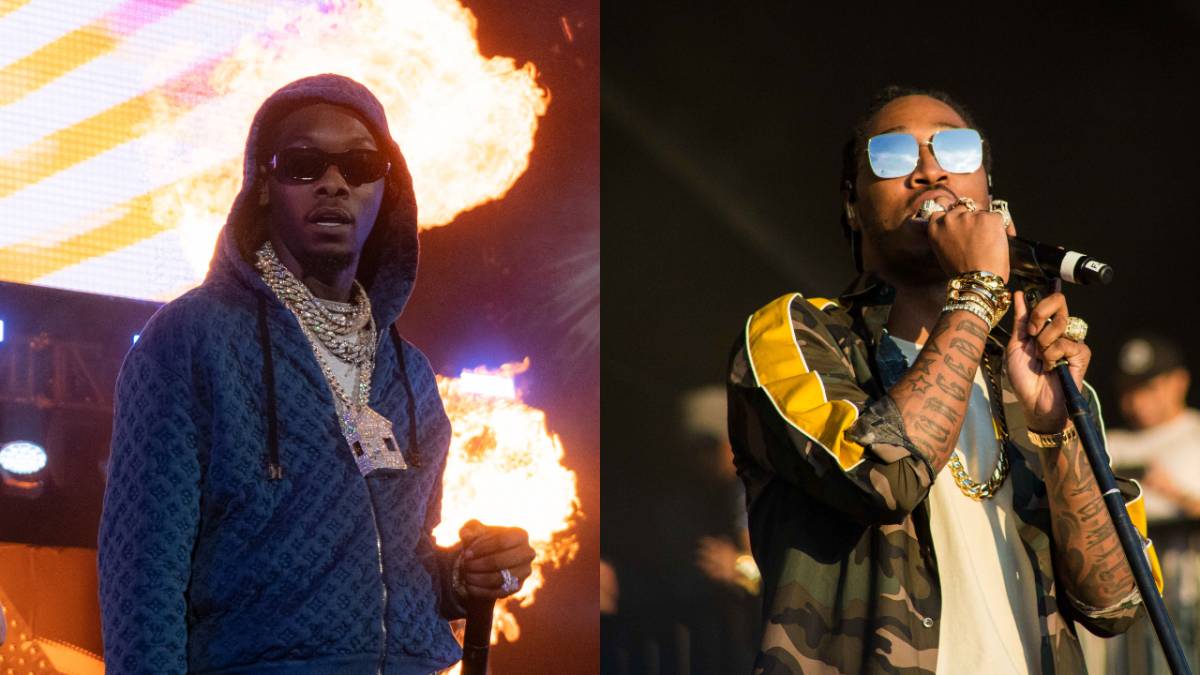 Offset stopped by Future's rainy Rolling Loud set to run through a few of his biggest hits, which had gone off without a hitch until it was abruptly cut short.

Future s rainy Rolling Loud New York set on Sunday night (September 25), which went off without a hitch until it was cut short. The Father of 4 hitmaker stopped by the Fashion Nova stage at Citi Field in Queens to run through some of his biggest hits including Ric Flair Drip and Migos Bad & Boujee while decked out in all Supreme everything. The tracks were delivered as rain pummeled the Rolling Loud festival grounds, which eventually led to Futures set being abruptly cut short due to safety concerns. Set later posted a clip of his epic, rain-drenched performance on Instagram, which was met with praise by Snoop Dogg, DaBaby, Tyga, Jacquees, Rich The Kid among others. That shit look , Snoop wrote. A$AP Rocky suffered a similar fate during his headlining performance at the festival on Saturday night (September 24) when his microphone was cut off after just 30 minutes. Pretty Flacko issued a statement on Twitter on Sunday (September 25) apologizing to his fans and expressing his hurt over how his set unfolded. I am so hurt right now! he wrote. Last night was supposed to be a turning point in my live shows from the old to new! I will take full responsibility for the circumstances of what led to last nights show being everything it was and everything it wasnt. I also want to acknowledge that even tho I prepared the best show for my fans, detail for detail, over the course of MONTHS I was unfortunately not able to bring my vision to fruition and Im hurt about that and want to apologize to all of my fans and continued supporters, and thank you yall for showing up for me regardless!! A$AP4EVA.