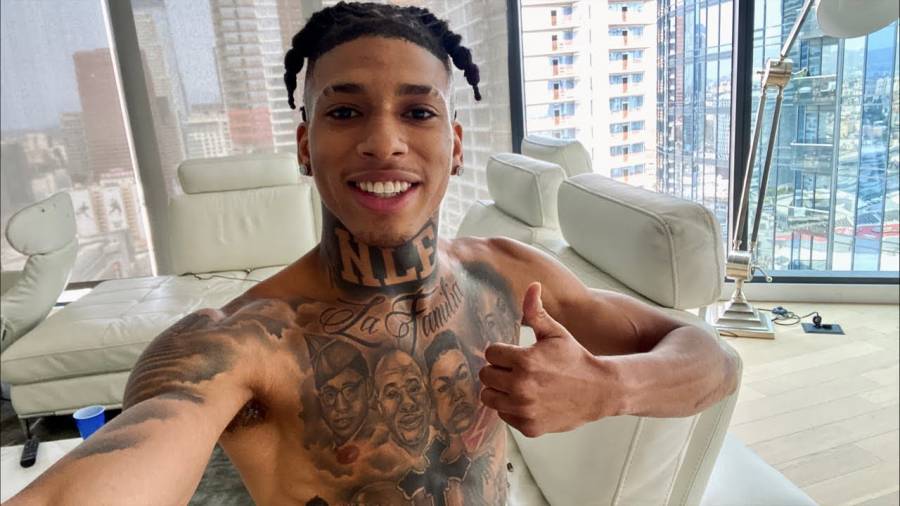 NLE Choppa has fans worried about his safety with all this natural medicine talk but he tells them he's fine.

Memphis native has been living a healthier lifestyle and giving fans the gems on natural products to help relieve ailments better than medicine. Even though fans support NLE Choppas venture into pharmacognosy, there are concerns over the messages hes spreading. Some fans think his life may be in danger after all the natural health advice hes been given over the last several months. There are theories out there that big pharmaceutical companies are not fond of the natural, holistic lifestyle that NLE Choppa and so many others preach, so theyll do what they need to do to deal with the matter. On Monday (July 12), Akademiks shared a video of NLE Choppa speaking on all the commotion regarding his safety. Man, yall fucking killing me with all these be careful and stay safe or protect him at all costs, NLE Choppa said in the video. Nobody going to do shit to me, I swear to God. View this post on Instagram A post shared by DJ Akademiks (@akademiks) According to NLE Choppa, hes not like those people who call upon their demise for exposing secrets to the world. He rather speak on peace and positivity instead of trouble and death. I dont think like that, he said. Whatever you think, thats what you attract. I know Im good. I know Im going to live past 80. So stop saying protect him at all costs or he going to die or all that shit. No its not going down like that because your thoughts attract what you attract. NLE Choppa continued to validate his point by speaking on all the people that mysteriously passed away after speaking on a foreign topic. They all expressed their end would soon come. Every person that died thats been exposing something, its because they said it might happen or it was going to happen, go do your research, NLE Choppa added. If youre not attracting that, you have nothing to worry about, blessings and abundance coming your way, not death.