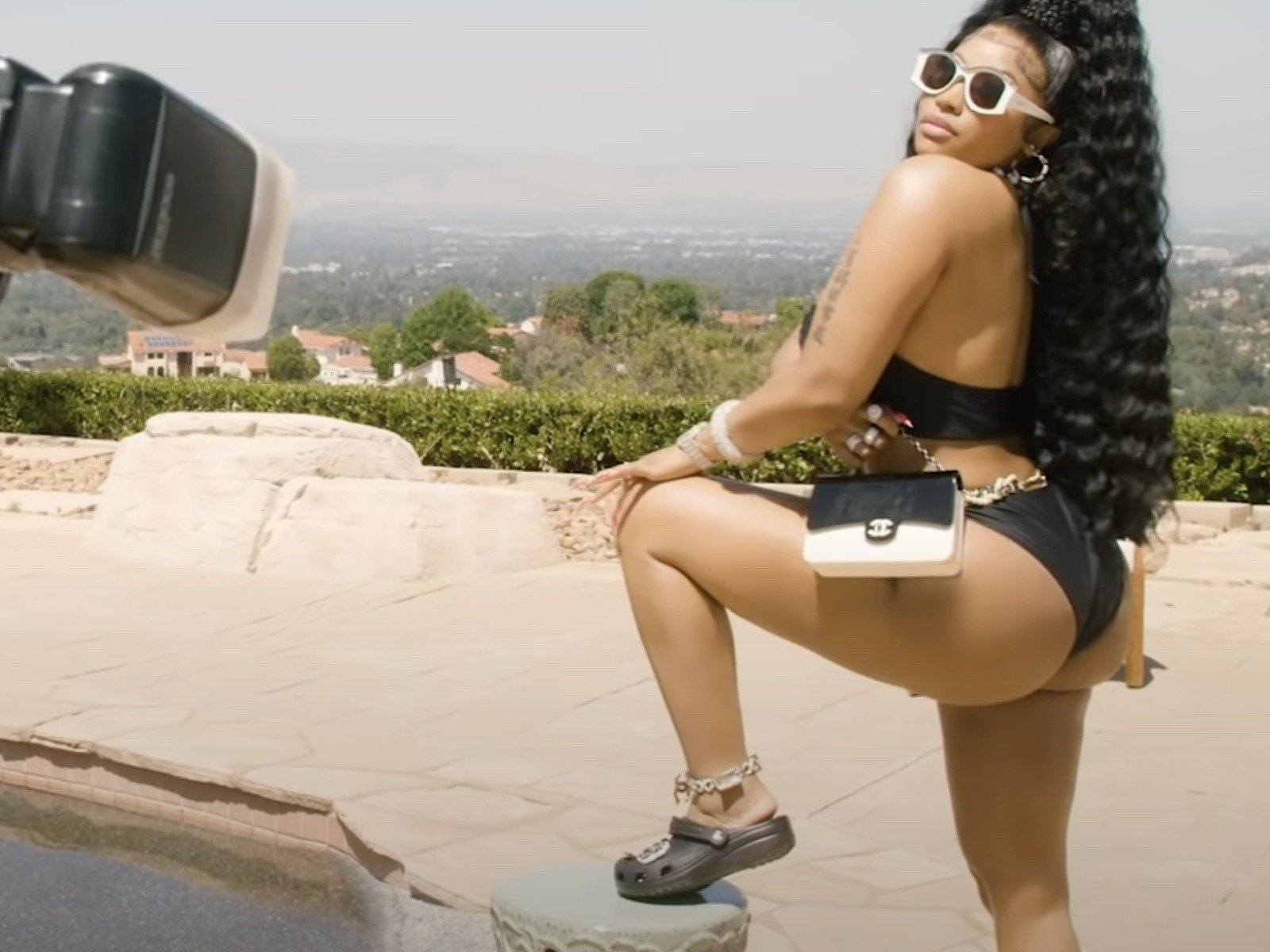 New York rapper Nicki Minaj is really treating her fans to some very personal behind the scenes content. The hip-hop superstar has lit up social media with a mu

Share Nicki Minaj Shares Epic Moments Onika blessed fans with an unexpected surprise Thursday morning. The self-proclaimed queen of rap released behind the scenes awesomeness from the newly added Beam Me Up Scotty re-released mixtape. The visual comes packed with special moments both recent and throwback footage of Nicki hanging out with Young Moneys Lil Wayne and Drake. Theres super vintage moments dating back to the trios strong run together in the 2010s. One standout shot includes both Drizzy and Nicki gracing the stage together well before the days of coronavirus and COVID-19 pandemics. Nicki Minaj shares epic moments Tekashi 6ix9ines 100% Here For The Queen A few days ago, rap troll Tekashi 6ix9ine went online to showNicki big love. Along with plugging her new project in the caption, he also donned a pair of fire Crocs to pay respect to Minaj causing the Internet to practically wreck last week with her pink pair. GO STREAM BEAM ME UP SCOTTY @nickiminaj YOU KNOW WE STARTED THIS CROC SH*T MOMMAZ I LOVE YOU 4L PSA : STOP STEALING CARS G Herbo calls Nicki Minaj the best Last week, Chicago rapper G Herbo went to his Instagram pageto dish on his love for Minaj. Herbo even credited Nicki for helping pave the way for him to become a great. @nickiminaj GAVE ME MY FIRST BIG SHOT PUT ME ON THAT STAGE WITH HER & I AINT LOOKED BACK SINCE! LOVE YOU 4 EVER EVER!! Drake + Lil Wayne help Nicki Minajs return Following mounted anticipation and speculation about what Nicki would drop at midnight last Thursday, she came through with her unforgettable audio gem. The re-release Beam Me Up Scotty features Young Moneys Lil Wayne and Drake on a song called Seeing Green while also premiering new tunes like her teased Fractions anthem. Nicki Minaj has delivered the first-ever streaming release of her 2009 mixtape Beam Me Up Scotty. Shes also included some new songs on the mixtape, including a track called Seeing Green featuring Drake and Lil Wayne. It also includes a new song called Fractions and her remix of Skillibengs Crocodile Teeth. During an Instagram Live session prior to the mixtape and new songs streaming release, Minaj revealed that a new album is coming soon. (