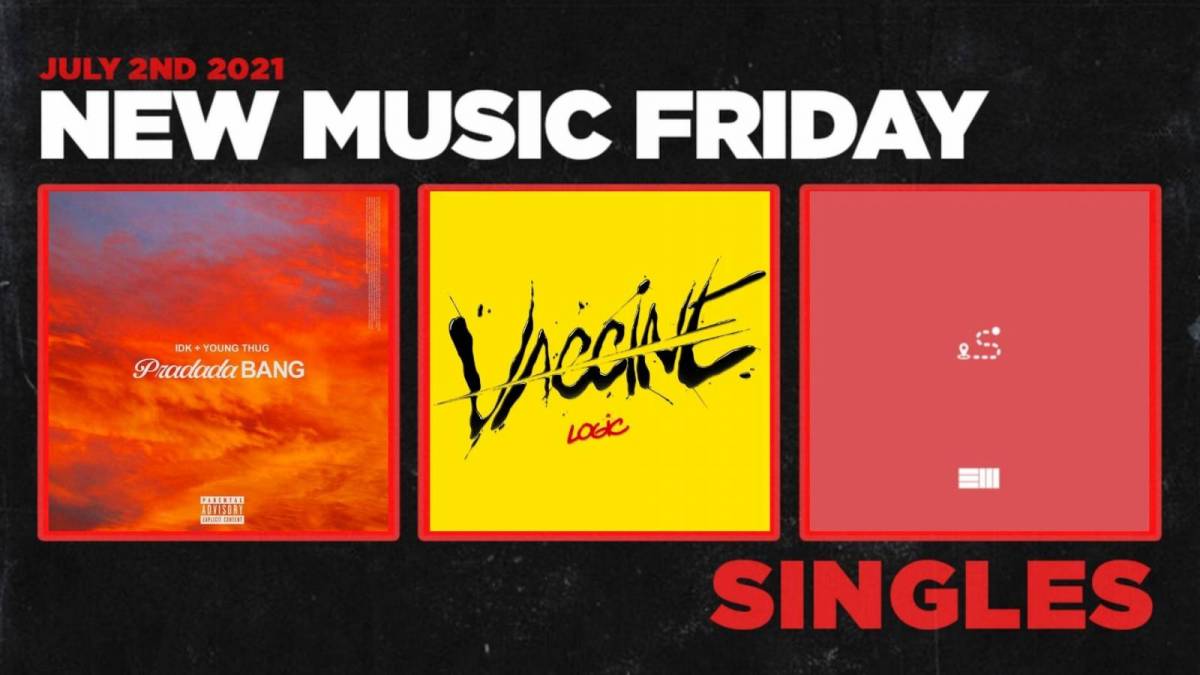 New Music Friday - New Singles From IDK & Young Thug, Russ, Logic + More Published on:Jul 1, 2021, 10:07 PM by 0 HipHopDX Considering the amount of music that flooded DSPs last month, a chill start to the month of July is somewhat of a needed and timely breather from the hectic New Music Friday release circuit. Nevertheless, HipHopDX has prepared a solid menu for music lovers to indulge in, featuring dynamic pairings such as IDK and Young Thug along with BeatKing, 2Chainz and Juicy J. Additional highlighted dishes included releases from Logic, Russ, GASHI, $not and more Peep the full list of singles releases from Friday (July 2), below. IDK f. Young Thug PradadaBang With his No Label Academy Harvard music business course set to school 10 lucky pupils in the art of making it in the music industry without a record deal in August, IDK continues to set the example for success with his productive 2021 run. Following his recent Peleton single, IDK delivers his USEE4YOURSELF album single PradadaBang with the help of a saucy Young Thug guest verse. Logic Vaccines Fully embracing his return to rap after staging an early retirement last year, Logic is thriving in this new chapter of his career and building new relationships such as his bond with veteran producer Madlib.For his follow-up release, Bobby Tarantino takes down the COVID-19 pandemic on his own terms with his lyrical antibody building Vaccines record. Toosii Heart Cold HipHopDX Rising Star Toosii clearly has no patience for love, or Popeyes chicken sandwich, which he believes was the cause of the devastating global COVID-19 pandemic.In a moody and very on-brand move, the Thank You For Believing rapper sounds off on his indifferent Heart Cold vibe. Russ On The Way Russ has been moving at light speed since the beginning of the year after linking with 2020 HipHopDX Rapper Of The Year Lil Baby on their spicy Ugly collaborationin January. And even though he is knee-deep in his efforts petitioning for the freedom of non-violent cannabis offenders,Russ continues to find his groove and keeps pace on his On The Way offering. BeatKing f. 2 Chainz & Juicy J SDAB Multi-hyphenate Houston-bred producer BeatKing already sprung into action back in April with the assistance of Ludacris on their x-rated Keep It Popping collab. Now with the help of 2 Chainz and Juicy J, BeatKing aims to blow the roof off the club once again with their SDAB anthem. Cassius Jay f. Tory Lanez, Trouble Fish Scale Last but not least, Atlanta-based superproducer Cassius Jay continues on his 2021 trail of production demolition following his work on Peewee Longways Longway Sinatra 2 album with his own solo release. Joining forces with Tory Lanez and Trouble, BeatKing goes up yet again on his heavyweight Fish Scale trap-ready banger.