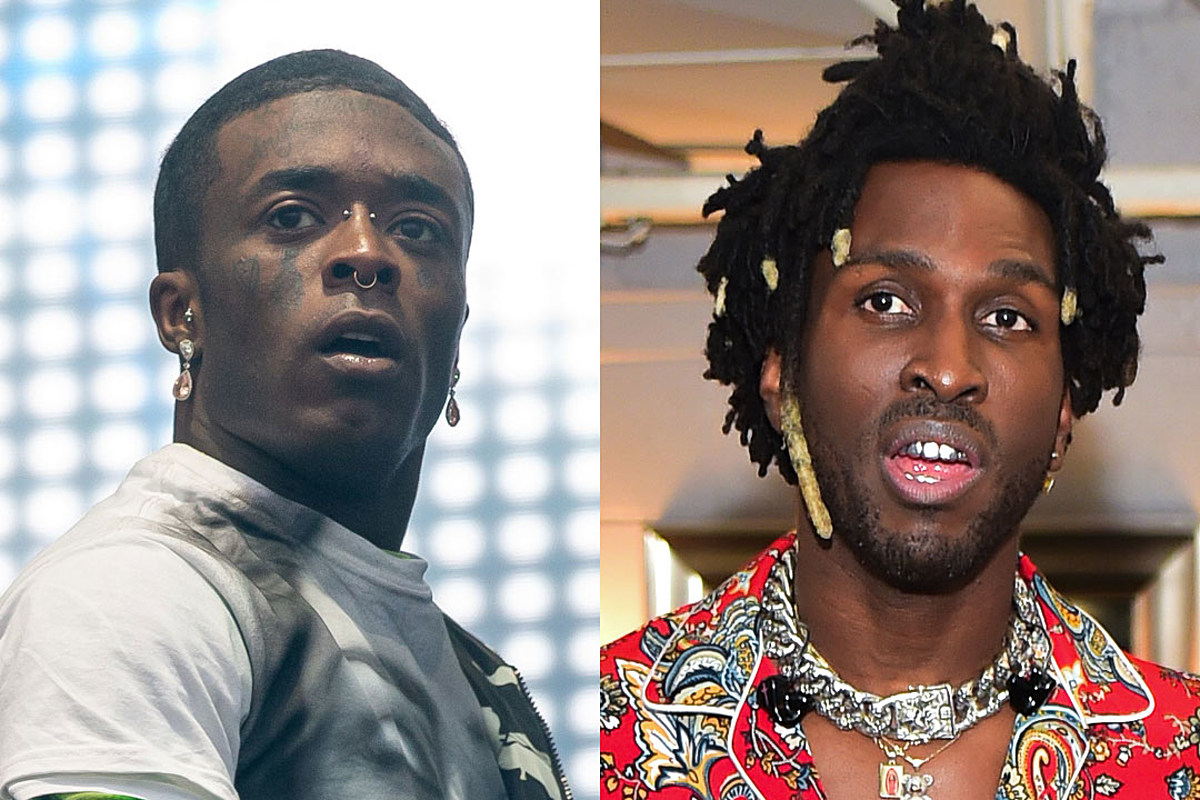 Lil Uzi Vert allegedly tried to punch Saint Jhn, missed and then got into an altercation with his ex-girlfriend Brittany Byrd.

TWEET A new report claims that Lil Uzi Vert and SAINt JHN's physical altercationin Los Angeles today is in connection to Uzi's ex-girlfriend Brittany Byrd. In an updated report from TMZon Friday (July 2), Lil Uzi reportedly showed up at Dialog Cafe in West Hollywood because SAINt JHN was at the establishment with Lil Uzi Vert 's former longtime girlfriend. A source close to Brittany said that she was with SAINt JHNfor business when the Philadelphia rapper got out of a Cadillac Escalade SUV and confronted all of the individuals sitting at the table in the West Hollywood restaurant, near Sunset Boulevard. Apparently, Uzi and SAINt JHN got into it shortly after. Lil Uzi allegedly threw a punch at , which didn't land. Uzi reportedly fell to the ground and his firearm fell out. Brittany then reportedly removed herself from the table and approached Uzi, who allegedly pushed his gun into her stomach, then struck her. All parties left the scene and Brittany reportedly went to the hospital to receive medical attention. Additional reports claim that she is planning on filing a police report. News surfaced earlier this afternoon that Lil Uzi Vertand SAINt JHN had gotten into a physical altercation, but at the time, there were no details pertaining to what sparked the incident. As previously reported, SAINt JHN was spotted with Lil Uzi's ex back in March. However, there hasn't been any confirmation regarding their relationship status. When The Hollywood Fixcaught up with the Brooklyn artistearlier this yearand asked him about whether or not he is dating Brittany Byrd, SAINt didn't offer a response. Super Unique Hip-Hop Merch That You Can Buy From Travis Scott's McNugget body pillow to Young M.A's sex toy collection, there's plenty of unique hip-hop merchandise you can cop right now. Filed Under: